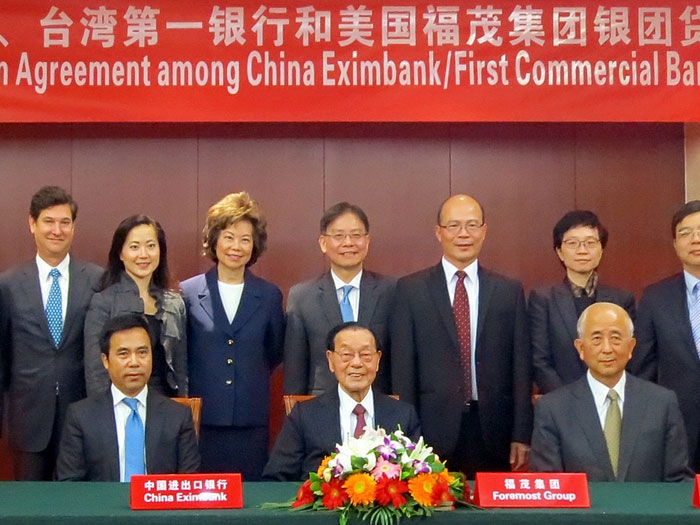 The Beijing office of China's Export Import Bank and the New York Office of Taiwan's First Commercial Bank will each provide $37.5 million loan facilities to support construction of the two 180,000 bulk carriers which are being built by the Qingdao Beihai Shipbuilding Heavy Industry subsidiary of state-owned China Shipbuilding Industry Corporation (CSIC).

Among those present for the signing was former U.S. Secretary of Labor Elaine L. Chao, whose public service career has also included being Chairman of the Federal Maritime Commission and Deputy U.S. Maritime Administrator. Her husband is Senate Majority Leader Mitch McConnell.

OCTOBER 22, 2015 — For the first time, financial institutions in China and Taiwan have come together on a ship financing deal. It will fund the construction of two eco friendly bulkers for the Chao family’s New York City headquartered Foremost Maritime Group.