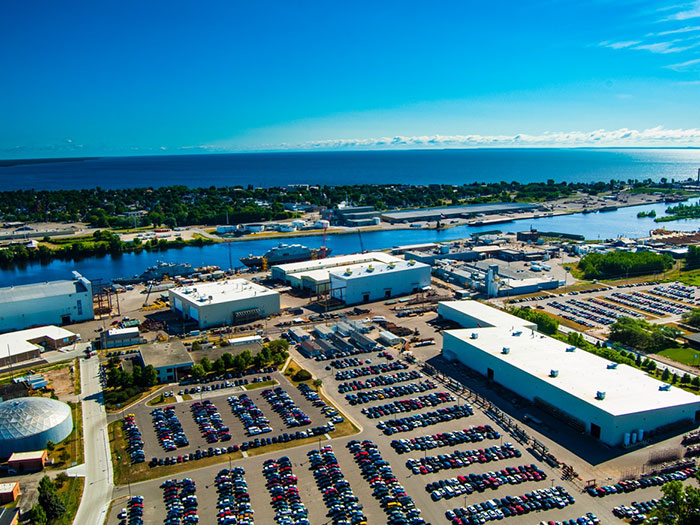 Fincantieri Marinette Marine is to receive grants totaling $31 million from the State of Wisconsin for workforce development and shipyard upgrades.

The funding was part of Wisconsin’s recently signed two-year budget and will come in the form of two grants. The shipyard will receive a $29 million grant from Wisconsin Department of Transportation’s Harbor Assistant Program (HAP), and a $2 million Wisconsin Fast Forward grant administered by the Department of Workforce Development.

Together the funding provides for additional capacity to support the anticipated production of the Multi-Mission Surface Combatant (MMSC) and future programs.

“This funding reaffirms the strong partnership between Fincantieri Marinette Marine and the state of Wisconsin. These grants support our expanding production capabilities, and most importantly provides workforce development for the next generation of shipbuilders,” said Jan Allman, President and CEO of Fincantieri Marinette Marine. “On behalf of our nearly 2,500 employees in Northeastern Wisconsin, I want to express my gratitude to Gov. Tony Evers for his support to our hardworking men and women, as well as the continued work of Rep. John Nygren and Sen. Tom Tiffany.”

Fincantieri Marinette Marine continues production of Littoral Combat Ships for the Navy and is one of three shipyards competing to build the first of the Navy’s new guided missile frigate. The frigate contract is worth $1.2 billion for the initial ship, and more than $19 billion for additional ships over the next ten years.