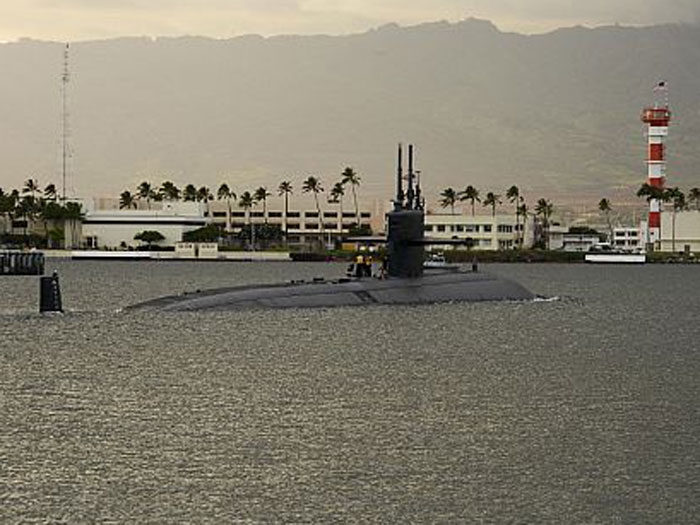 La Jolla’s conversion process will require two complete hull cuts, separating the ship into three pieces, recycling a portion of the hull, and adding three new hull sections. The new hull sections will arrive from Electric Boat (EB) via barge and then be craned into the dock. The Navy says the work will include Virginia Class new construction philosophies and methods with a major depot-level overhaul. EB’s new construction techniques and expertise are also being used in the handling and installing of the new hull modules.

“The biggest challenge for this project is coordinating the unprecedented volume of work on a submarine availability with overlapping planning effort while staying within aggressive schedule and budget constraints,” said Steve Seligman, deputy project superintendent “To mitigate these challenges, the project team personnel actively participated in design development to minimize execution challenges during the conversion.”

“The Navy is depending on the timely delivery of the next generation of Moored Training Ships to ensure the contingent of highly trained, nuclear officers and sailors meets demands from the fleet to support its nuclear powered carriers and submarines,” said Chrystal Brady, project superintendent. “This is a unique project which is crucial to ensuring fleet readiness in support of the Navy’s primary mission.”