“The reputation Fairbanks Morse Defense has established over 80 years as a trusted defense service provider is affirmed by these opportunities with the U.S. Navy and Military Sealift Command,” FMD CEO George Whittier said. “We are proud to support these military organizations as they continue the indelible task of defending our country.”

Through an IDIQ contract, pricing for support services is streamlined under a single agreement, eliminating the problems associated with working through an intermediary.

These contracts are for rapid deployment of personnel to support emergent assessments, planning, and restoration of EDGs and providing a vehicle for the planned submarine renewals as the Navy extends the service life of these assets. The contracts support SSBN/SSGN 726, SSN 688, and SSN 21 Class submarines with Fairbanks Morse EDGs. 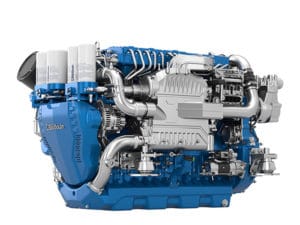