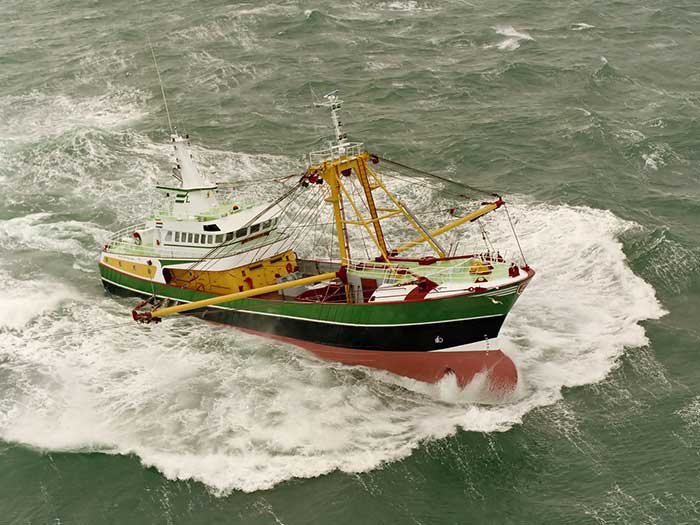 Based on a well proven design, the new trawler will be 41.05 metres in length and have a beam of 9 metres. As yet unnamed, her registration number will be UK-46.

Beam trawlers use outrigger booms to tow two trawls, one on each side. In the North Sea they are commonly used to catch shrimp and flatfish. The last such fishing boat to join the Dutch fishing fleet was the Catharina KW-145, launched in 2006. Prior to that, Maaskant delivered two others; the Cornelia BR-14 in 2004 and the Jan Cornelis GO-22 in 2006. Both these were also built to the Damen Maaskant design.

Completion is scheduled for February 2018, and the new vessel will be an integral part of the growth of the company as the next generation of Hakvoorts join the business.

Frits van Dongen, Managing Director at Damen Maaskant Shipyards Stellendam, commented, “It gives us great pleasure to be building another beam trawler for a long-standing customer. We are confident that the new vessel will give many years of efficient and effective service.” Damen Shipyards Group Damen Shipyards Group operates 33 shipbuilding and repair yards, employing 9,000 people worldwide. Damen has delivered more than 6,000 vessels in more than 100 countries and delivers some 180 vessels annually to customers worldwide. Based on its unique, standardised ship-design concept Damen is able to guarantee consistent quality.