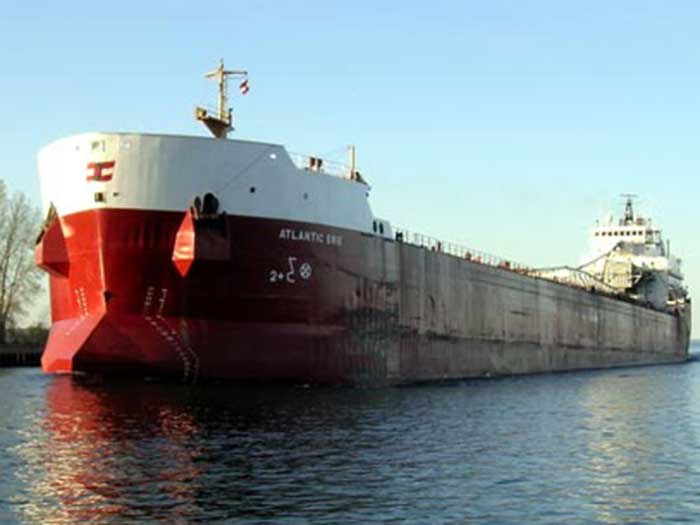 NOVEMBER 6, 2016 —Canada Steamship Lines reports that the self-unloading bulk carrier Spirit of Shpongle, formerly known as Atlantic Erie, left the Port of Montreal for the last time, November 4, bound for an eco-friendly recycling yard in Turkey.

“Our ships are like family so the decision to retire one is never easy,” said Allister Paterson, President of Canada Steamship Lines. “But in a mature market like the Great Lakes, it’s the responsible thing to do. As technologically-superior ships enter the market, we need to recycle the older ships that market demand will no longer support.”

CSL says that the Atlantic Erie “was sold ‘as-is where-is’ to a vessel broker who is towing the renamed vessel to a ship recycling yard in Turkey in full compliance with international rules and regulations and according to CSL’s own rigorous vessel recycling policy.”

Originally named MV Hon. Paul Martin, the Great Lakes and ocean class vessel was built for Canada Steamship Lines in 1984 at the Collingwood shipyard in Ontario, Canada. The ship was renamed Atlantic Erie in 1988 to reflect the dual ocean and Great Lakes services she would perform throughout her active life.