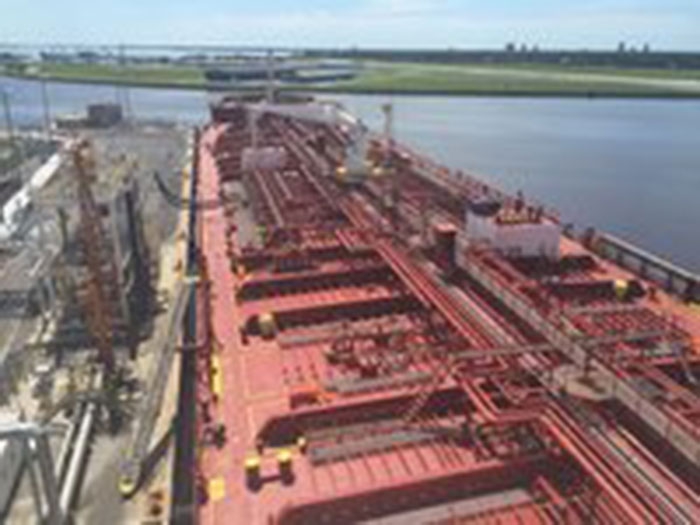 SEPTEMBER 15, 2017 — Crowley Maritime Corporation said yesterday that it had dispatched 18 company owned and/or operated Jones Act petroleum vessels to discharge gasoline and diesel into Florida ports in the coming few days. This mobilization responds to fuel shortages caused by the unprecedented evacuation of millions of Floridians ahead of Hurricane Irma. The vessels include Crowley’s MT Ohio and MT Florida, which were among the first tankers to bring fuel into the Port of Tampa on Tuesday along with MT West Virginia in Port Everglades.

“We are extremely grateful for our customers’ response to this crisis, and for the dedication and sacrifice of the American men and women operating these vessels,” said Rob Grune, Crowley’s senior vice president and general manager, petroleum services. “Many of them live in Florida, and have put their own needs on hold while responding to the urgent needs of others.”

Fuel is being discharged to all of the major terminals in Florida – Jacksonville, Port Canaveral and Ft. Lauderdale in addition to Tampa. The vessels will be bringing a combined volume 2.75 million barrels (115 million gallons) of gasoline and 500,000 barrels (21 million gallons) of diesel fuel within an eight-day period. This is enough to fill the tanks of more than seven million cars once distributed from the ports to service stations across the state.

The vessels began discharging as soon as local fuel depot and port authorities gave the all clear to do so.

Grune noted that berth availability is limited even when fully operational.

“As a result, we expect that fully loaded vessels will experience significant delays waiting in line to discharge,” he said. “Crowley’s vessels, and those of other American operators, are supplying as much fuel to Florida as the shoreside supply chain can accept and distribute.”