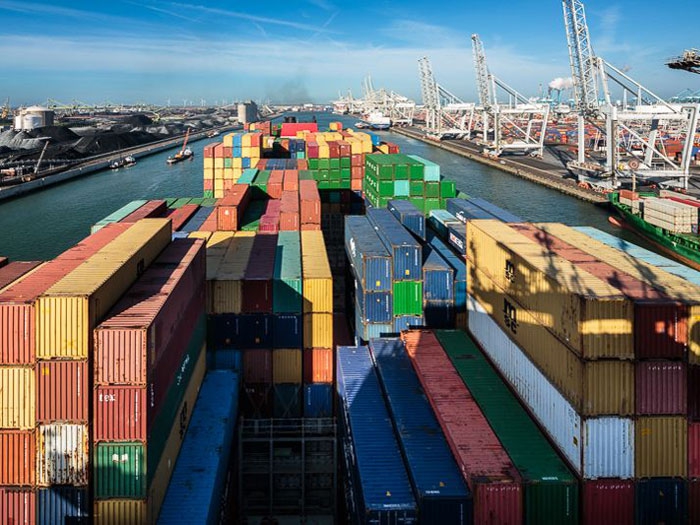 Containership coming into the Port of Rotterdam

MAY 26, 2017—This past week, the World Container Index—a composite of container freight rates on eight major routes to/from the U.S., Europe and Asia—was down by 3.6% to $1,446.81/40ft container, according to shipping consultant Drewry.

Drewry says, “We expect rates to level off next week before heading north on the back of the June 1 GRIs.”The spot rates on the Asia-Europe trade declined further, resulting in the WCI on Shanghai to Rotterdam dropping by 3% or $52 to $1,759 for a 40 ft box. Similarly, the rates on Transpacific also declined; Shanghai-Los Angeles and Shanghai-New York fell by another 11% and 5%, respectively.

As shown in the accompanying table below, overall spot freight rates seem to be well above last year’s rates, except for the New York-Rotterdam and Rotterdam-New York routes.