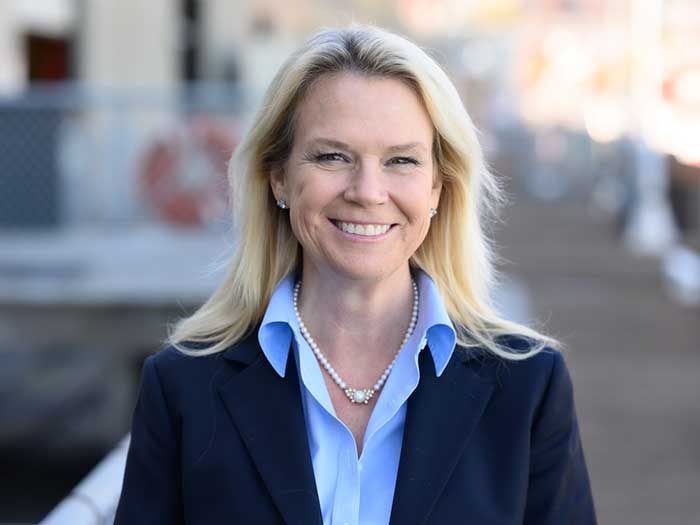 “Capt. McIntyre has an exemplary track record of service and leadership in the maritime and pilotage industries,” said Capt. Joseph Long, President of the San Francisco Bar Pilots. “We’re honored to have someone with her credentials join our 170-year-old organization.”

As Business Director, Capt. McIntyre will oversee internal business and financial management for the organization, as well as actively participate in external affairs and regulatory matters related to pilotage. Raymond Paetzold, who has been serving in the dual roles of Business Director and General Counsel since 2015, will remain as General Counsel.

“After serving 23 years as a Columbia River Pilot, I am excited to be joining the San Francisco Bar Pilots in this new role,” said Capt. McIntyre. “I look forward to continuing our work with industry stakeholders and regulatory partners to ensure the economic vitality of the Bay Area.”

After more than two decades of service in the Northwest, Capt. McIntyre is returning to her roots. She began her career in 1988 as a deck officer graduate of the California Maritime Academy, and spent the first 8 years of her career with Chevron Shipping Co.

In 1996, she was selected by the Oregon Board of Maritime Pilots to become the first female Columbia River Pilot. During her tenure as a pilot, she was actively involved in the administration of the pilot association, working extensively with regional industry representatives and regulators.

In 2013, she earned a MS in Transportation and Engineering Management, also from the California Maritime Academy, where she is an active member of the CMA Alumni Association.