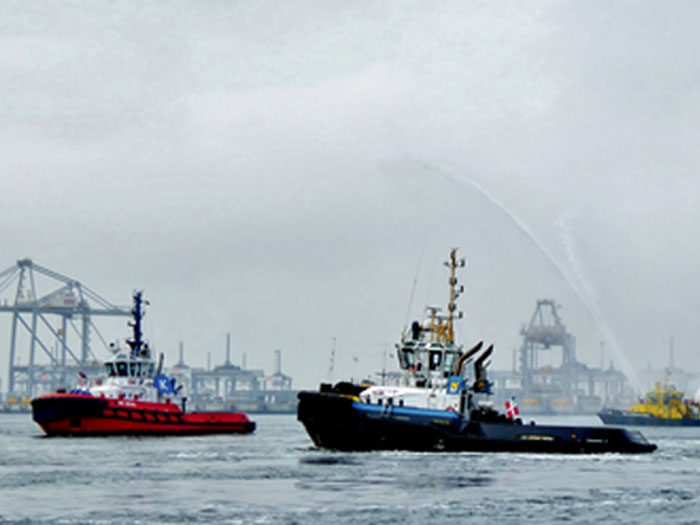 DECEMBER 23, 2015—Mergers, acquisitions, and joint ventures are a relatively common occurrence amid downturns in the marketplace. That lastest is between Royal Boskalis Westminster N.V. (Boskalis) and KOTUG International B.V. (KOTUG), who have reached an agreement to merge their European harbor towage operations.

The ground work for the merger was laid last year when the firms signed a Memorandum of Understanding (MOU). That MOU has now been formalized.

The combined operations will be transferred to a 50/50 joint venture bringing together the European harbor towage activities of SMIT, a Boskalis subsidiary, and KOTUG. The operations will continue under the name KOTUG SMIT Towage.

Boskalis CEO Peter Berdowski, calls the joint venture “an important next step in the implementation of our harbor towage strategy aimed at concentrating and expanding our harbor towage services in regional partnerships. We have already generated substantial value and experience with this type of partnership at Smit Lamnalco, Keppel Smit Towage and SAAM SMIT Towage. By joining forces in northwestern Europe we will be able to provide even better and more efficient services to our clients.”

The merger will create a leading provider of harbor towage services in northwestern Europe. The joint venture will serve 11 ports in four countries with a fleet of 65 tugboats. The total combined revenue is about EUR 150 million and benefits of the joint venture will include operational synergies.