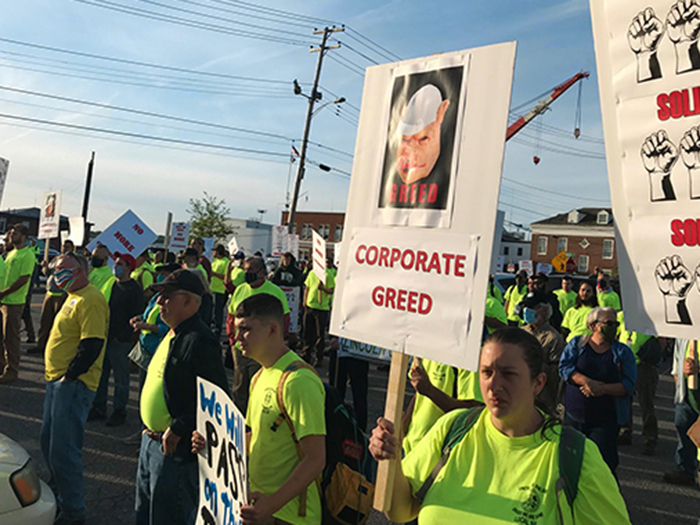 Members of the local voted to strike after a “last, best and final” offer from the employer was unanimously rejected by the union negotiating committee. Under that offer, union members would get a 9% pay raise over three years.

The negotiating committee said the offer was subpar in wage increases, healthcare costs and attacked seniority. Another major point of contention, according to the union, was “BIW’s intention to bring in out-of-state subcontractors to perform IAM members’ core shipbuilding work.”

Bath Iron Works said, “we obviously are disappointed by this result, but are prepared should a strike occur. BIW will be making additional information available to its employees in the near-term so they can plan accordingly.”

The company posted guidelines on its website for employees working during the strike, including instructions on crossing a picket line to report for work.

The local, meantime, posted a list of picket line do’s and don’ts saying “we aim to communicate a positive message and a positive image of Local S6.”