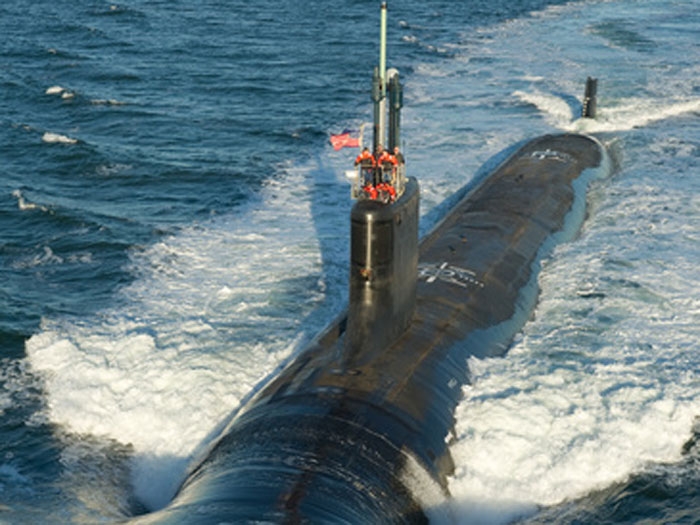 Work will be performed in Louisville, KY, and is expected to be completed by February 2015.   Fiscal 2013 shipbuilding and conversion, Navy funding in the amount of $7,611,308 will be obligated at time of the award, and funds will not expire at the end of the current fiscal year.

This contract was not competitively procured, in accordance with 10 U.S.C. 2304(c)(1) and FAR 6.302-1, as there is only one responsible source and no other supplies or services will satisfy agency requirements.

Rather than a traditional bladed-propeller, the Virginia class uses pump-jet propulsors built by BAE Systems that were originally developed for the Royal Navy’s Swiftsure class submarines.[