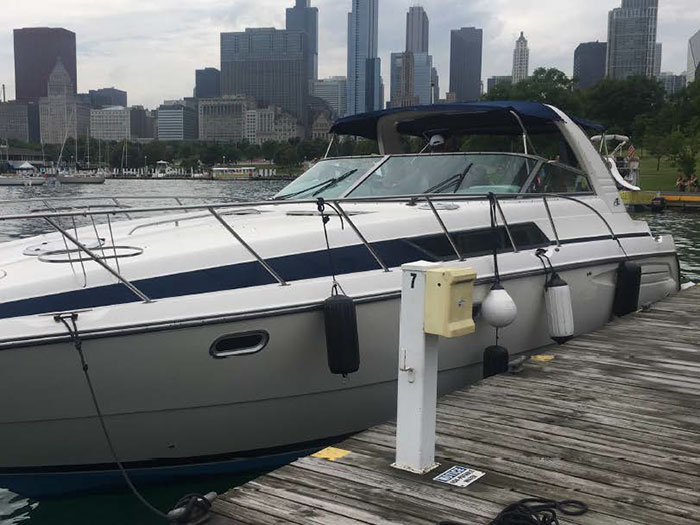 A Michigan man has been arrested on federal criminal charges for allegedly conducting illegal charter boat operations on Chicago waterways.

Garbowski also captained the charters even though he lacked the proper Coast Guard credentials to do so, the charges allege.

Garbowski, also known as “Christopher Michael Garbowski” and “Michael Gunnman,” 33, of Sterling Heights, Mich., is charged with one count of violating an order of the captain of the port. Garbowski was arrested Saturday. He made an initial court appearance Saturday afternoon before U.S. Magistrate Judge Young B. Kim, who ordered Garbowski released on a $10,000 unsecured bond. Garbowski’s next court date was set for July 8, 2019.

“The safety of the boating public is a top priority for the Coast Guard,” said CGIS Special Agent-in-Charge Marzloff. “Illegal charters pose a safety risk to passengers, but also impact the livelihood of licensed mariners that abide by the rules. The Coast Guard Investigative Service (CGIS), in coordination with our partners, is committed to investigating those who knowingly violate maritime laws and regulations.”

According to the complaint, Garbowski advertised his charter business on websites and apps such as Get My Boat and Boatbound. The Coast Guard notified Garbowski about the federal regulations on multiple occasions, including at Monroe Harbor in Chicago on Aug. 19, 2017, when Coast Guard personnel boarded the boat moments before Garbowski was set to begin a five-hour charter for eight female passengers who booked the Sea Hawk for $2,400, the complaint states. As the women were walking down the dock to board the boat, Garbowski called one of them on her cell phone and told her to lie to Coast Guard personnel by pretending they were all friends with Garbowski, the complaint states.

The charge in the complaint is punishable by a maximum sentence of five years in prison. If convicted, the Court must impose a reasonable sentence under federal statutes and the advisory U.S. Sentencing Guidelines.