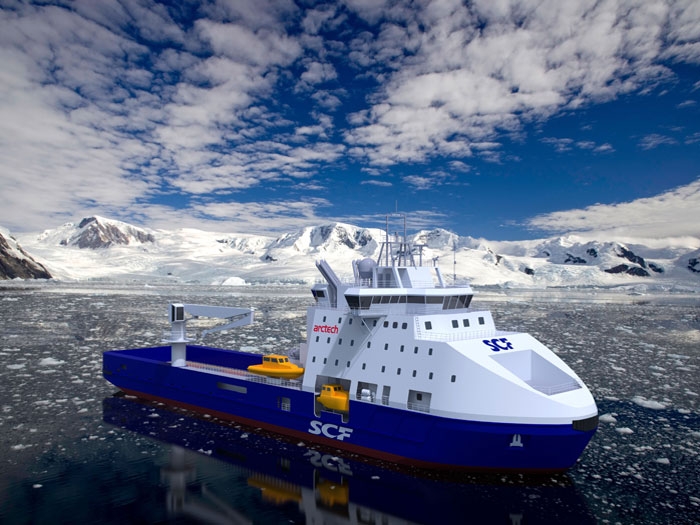 Arctech Helsinki Shipyard is building six icebreaking vessels, including this one for Sovcomflot

”I am convinced that USC is committed to developing Arctech in long-term,” says Esko Mustamäki, the Managing Director of Arctech Helsinki Shipyard. “We have a good order book and skilled staff. This is a good basis for future actions. We also believe that the owner commitment will now be stronger compared to the joint venture arrangement.”Aleksei Rakhmanov, Managing Director of USC, points out that United Shipbuilding  did not only obtain “full access to technical documentation and the know-how but also to the people who can share this knowledge. The company has efficient assets, but the advantage of the asset is in its human potential.”