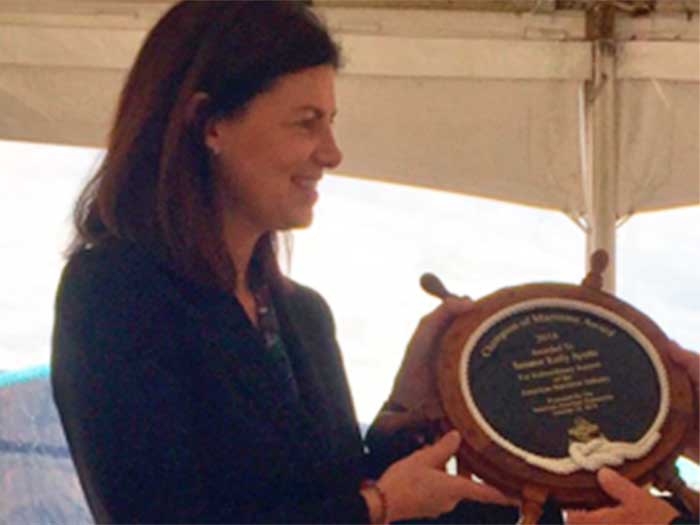 “I am honored to be recognized by the American Maritime Partnership, and I appreciate their commitment to furthering New Hampshire and our nation’s maritime industry. Our maritime industry plays such an important role in maintaining New Hampshire and our nation’s economy and is a provider of good jobs,” said Sen. Ayotte. “I am grateful for the dedicated work of companies like Moran Towing who work hard every day to ensure the safety and productivity of our ports and waterways, and I look forward to continuing our work together in the future to support this important industry.”

The Champion of Maritime is the highest award conferred by the American Maritime Partnership to leaders who have made extraordinary contributions to the domestic maritime industry.

“Sen. Ayotte has been a tremendous and valued champion for the domestic American maritime industry, serving as a principled leader who truly understands our industry’s critical role to the vitality and security of our nation,” AMP Chairman Tom Allegretti said. “Sen. Ayotte has worked tirelessly to sustain a strong maritime industry, and because of her dedication and effectiveness, we are honored to provide her with our highest honor – the Champion of Maritime Award.”