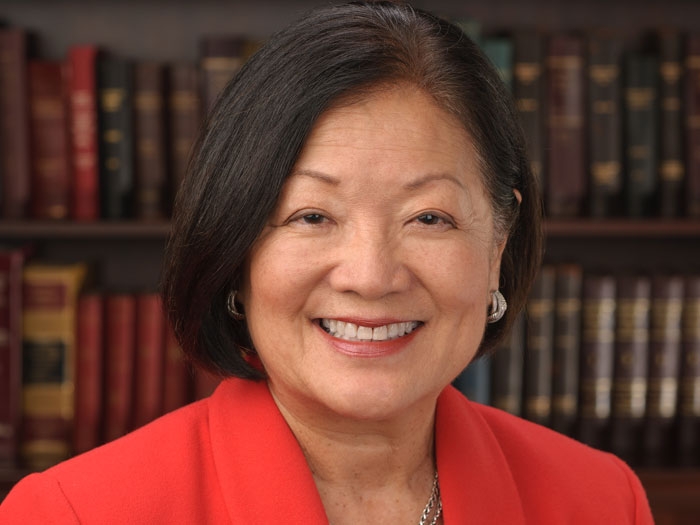 Senator Hirono was honored for her long-standing support and commitment to the men and women of  the American maritime industry in her work on the Senate Armed Services Committee and as a Ranking Member of the Armed Services Subcommittee on Seapower and Energy.

AMP says that Senator Hirono understands the critical role the domestic maritime industry plays not just in Hawaii, but also in the nation’s economic, national and homeland security.

“America’s maritime industry is vital to our island state, accounting for thousands of jobs and infusing $1.8 billion into Hawaii’s economy each year. A strong domestic maritime industry is critical to accessing the goods local families need to lead productive, healthy lives, and that’s why I will continue to advocate for the Jones Act and other measures that support this vital segment of our economy and national security,” said Senator Hirono. “Mahalo to the American Maritime Partnership for this distinguished award, and for its work in ensuring that our maritime industry continues to be a source of prosperity for our nation.”

“Since our nation’s founding, the U.S. maritime industry has provided hundreds of thousands of Americans with quality family wage jobs. It has also made significant contributions to the overall economic health of our country,” said Dale Sause, President and CEO of Sause Bros. “As we celebrate our 50th anniversary serving the Hawaiian Islands, we are grateful for Senator Hirono’s tireless support of both the Jones Act and the skilled manufacturers who are the backbone of American advancement and innovation.”

“Senator Hirono’s unwavering support for the domestic American maritime industry and unwavering leadership in the Senate underlines what a champion of maritime should be,” said AMP Chairman Tom Allegretti.  “As Ranking Member of the Armed Services Subcommittee, Sen. Hirono understands the value of sustaining a strong maritime industry and because of her hard work in the Senate, it is our pleasure to honor her with the Champion of Maritime Award.”