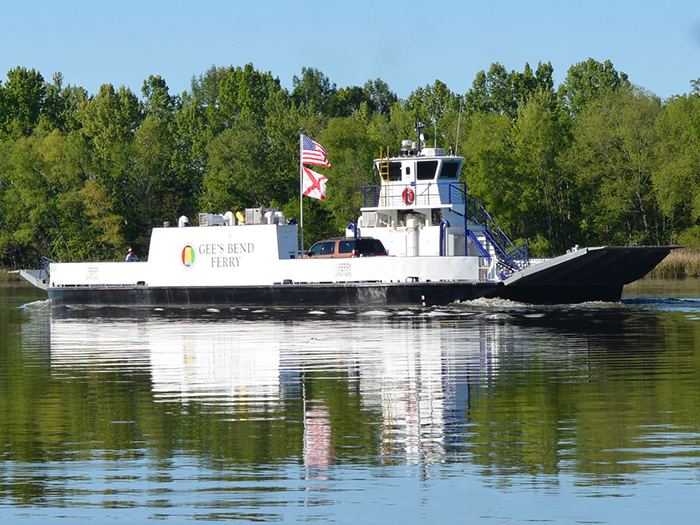 Operated by HMS Ferries on behalf of ALDOT, the 15-vehicle/132-passenger ferry runs on the Alabama River between Camden and Boykin, Ala.

The conversion was funded with the support of a $1.09 million grant from the U.S. Environmental Protection Agency, along with $765,350 matching dollars from ALDOT. It will result in lower emissions, less noise and reduced operating costs.

Seattle, Wash., naval architecture and marine engineering firm Glosten provided concept through contract design and shipyard technical support for the project, which was managed by HMS Ferries and HMS Consulting.

“This was a significant project in the marine industry,” commented Glosten marine engineer Jeff Rider, PE. “The Gee’s Bend Ferry demonstrates how battery technology can be implemented as a means of propulsion, paving the way for further adoption of this technology.”