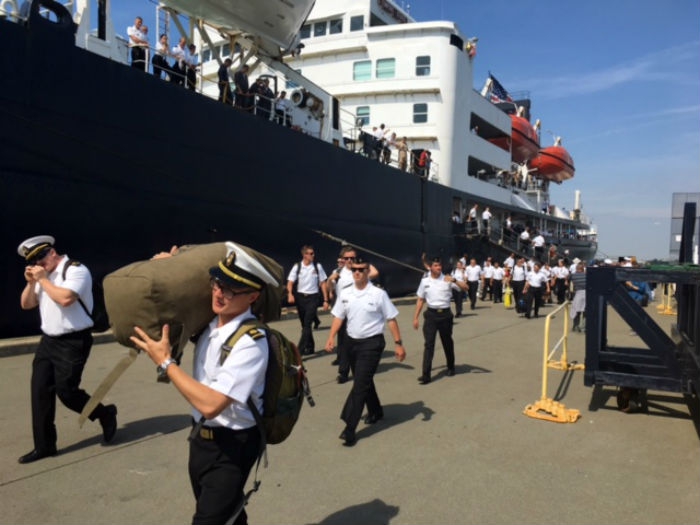 SEPTEMBER 4, 2017—Following the devastation of Hurricane Harvey, the 56-year-old Training Ship Empire State VI is one of two National Defense Reserve Fleet (NDRF) ships that have been activated by the U.S. Maritime Administration (MARAD) for a pre-scripted Federal Emergency Management Agency (FEMA) mission to support relief efforts in Texas.

The Empire State VI, the State University of New York (SUNY) Maritime College’s training ship, and the Massachusetts Maritime Academy’s  training ship, Kennedy, have received orders to set sail within 10 days for the 4- to 5-day transit from the east coast to the gulf coast of Texas. MARAD also received notification from FEMA to activate the Texas Maritime Academy’s training vessel General Rudder, which will remain in-port at Galveston. Once moored on site, the self-contained vessel will support recovery efforts by providing power, housing, food and water to first responders. Combined, these three vessels can house over 1,200 workers thereby freeing up local hotel resources for displaced individuals.

The duration of the support mission is set at 30 days with an option for an additional 30 days upon request by FEMA. During the next week to 10 days, the ships will be taking on crew members, provisions for the relief workers and reconfiguring the ship from its primary mission as a training vessel to a berthing support role.

These vessels have been activated in support of past relief operations with the most recent activation for Superstorm Sandy in 2012.