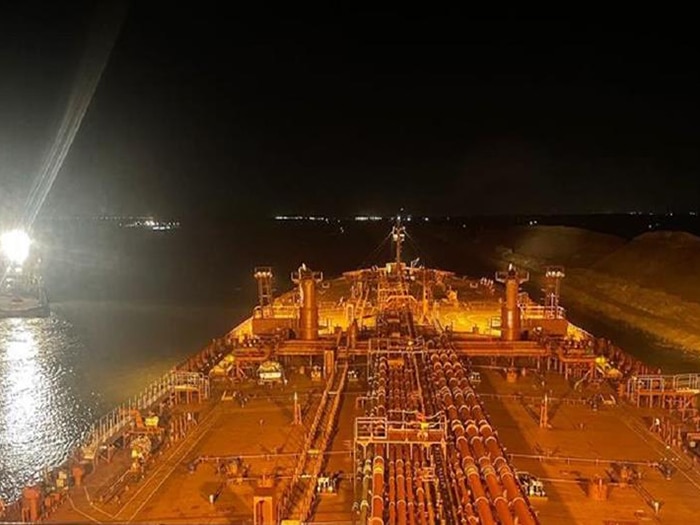 It could have been the Ever Given all over again, but thankfully it wasn’t. Admiral Ossama Rabiee, the chairman of the Suez Canal Authority (SCA), announced today that navigation through the canal was again running smoothly, following the refloating of an 114,070 dwt tanker, the Affinity V, that had grounded following a rudder failure.

According to reports, the tanker, operated by Transpetrol Maritime Services, ran aground in nearly the same location as the Ever Given.

Admiral Rabiee said that the freeing of the vessel demonstrates that the SCA has the necessary salvage expertise as well as navigational and technical safety capabilities to handle any potential emergency in an efficient and professional manner,

The SCA says the incident resulted a rudder failure that led to a loss of steering ability that was followed by the ship’s running aground.

Once the incident took place, a crisis management team was immediately put together and five tugboats were been mobilized, the largest being the SCA tugboat Ezzat Adel with a bollard pull capacity of 160 tons. After being freed, the 252.2 x 45 meter tanker resumed its transit through the Suez Canal assisted by the SCA’s tugboats until it reached the Suez anchorage area.

Unlike the Ever Given incident, or for that matter the Ever Forward grounding in Chesapeake Bay, no dredging seems to have been needed to free the vessel.