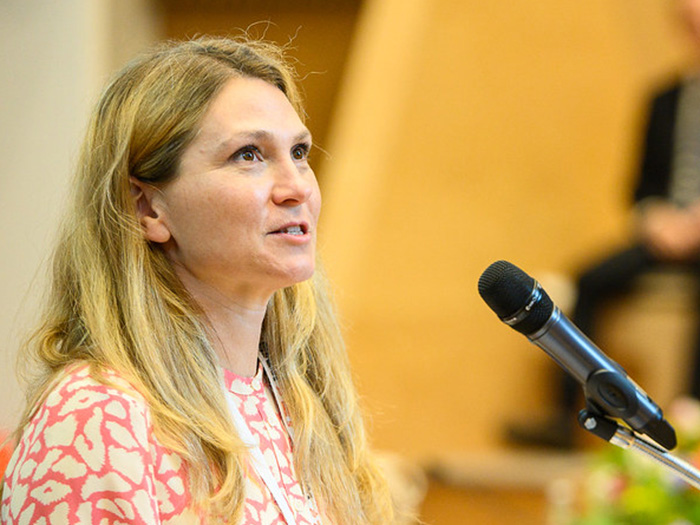 “It is an all-too-common an experience that too many women seafarers suffer from harassment and bullying," says Lena Dyring, ITF Seafarers’ Section Women Transport Workers' representative [Photo: Leo Erdfelt, WMU]

The disclosures of rape and sexual assault made by the female U.S. Merchant Marine Academy cadet now known as “Midshipman X” underline the urgent need for action to eliminate violence in the workplace across the whole shipping industry, says the International Transport Federation (ITF).

“Sadly, this is not an isolated incident, but a reality for many seafarers, both male and female, regardless of flag or company,” said ITF Seafarers’ Section Women’s representative, Lena Dyring. “We know that women’s experiences in the shipping industry, ashore and at sea often do not match the best intentions laid out in policies. Although many women seafarer trainees have great support during their education ashore, including as part of mentoring programs.”

“It is an all-too-common an experience that too many women seafarers suffer from harassment and bullying. Too many encounter discrimination in the workplace, and in the worst cases, assault,” said Dyring, adding that everyone in maritime has a responsibility to change the male-dominated culture and remove obstacles and barriers faced by women in the industry.

Dyring also revealed that following a recent publication of an ITF statement condemning an assault on a female ITF inspector, she received a letter from a woman seafarer that contained a strong message to the industry that is worth amplifying.

In the letter, the seafarer argues that “violence is NOT the only reason why the maritime industry cannot retain more women. The maritime industry is riddled with poor attitudes and perceptions towards employing / training women, cronyism, nepotism, lack of career progress (i.e.: by not being considered capable of doing the job, being passed over [usually by a junior male] and lack of opportunities, employment options, career development, etc.)”.

“She is absolutely right that positive contribution of women at sea need to be celebrated and profiled,” said During. “Together, we can make a career at sea safe. We can make it secure place for everyone, including women, so that all seafarers can progress and achieve their full potential,” said Dyring.

The ITF points out that, in 2020, women made up just 1.28% of the overall global seafaring workforce, and just 0.73% of officers. While the cruise and ferry sectors were the main employers of women seafarers, the pandemic has severely affected employment in that sector, with many women seafarers who were working in cruise considering a return to sea via the cargo sector, where a female seafarer will typically be outnumbered 20:1 among an otherwise all-male crew.

For many years the industry, supported by bodies such as the International Labor Organization (ILO), has worked to increase the number of women in the maritime industry, including in senior roles.

The intentions are good, says ITF, but to make meaningful progress, there needs to be a shipboard environment that is inclusive of women. This requires awareness training of male seafarers with their active cooperation, establishment of formal support networks for women seafarers, and confidential avenues for seafarers to raise concerns that are promptly investigated and dealt with. Unacceptable behavior must be immediately addressed and stopped.

The ITF says it will soon be publishing its own support materials for women seafarers, and will be specifically including guidance on seafarers’ rights to safe, healthy and violence-free workplaces. The push is consistent with the ITF’s support for ratification of ILO Convention 190 by national governments. C190 makes clear all workers’ rights to freedom from gender-based violence and harassment in the world of work.