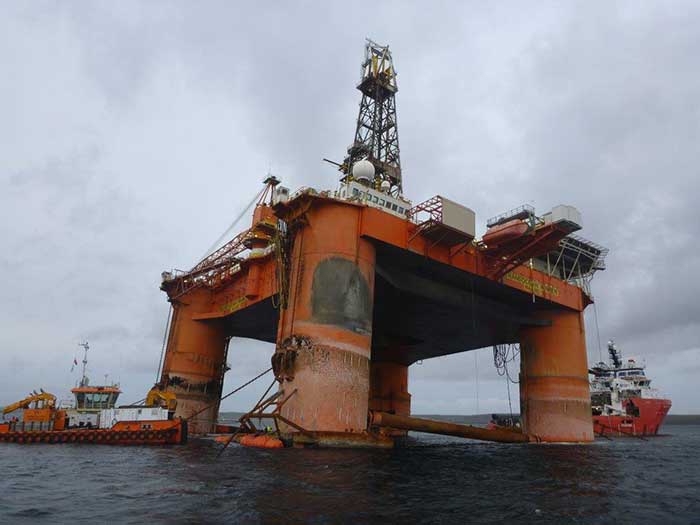 A 12 hour operation to disconnect the rig’s anchors has concluded and it was being held on four tugs about half a mile from the Hawk.

“Weather conditions are improving by the hour and if this continues then it is extremely likely that the rig will be floated over the Hawk later this morning or early this afternoon,” said the agency.

Positioning the Transocean Warrior over the Hawk involves towing it across to the heavy lift vessel using guide points before the Hawk deballasts, allowing it to to come up slowly under the Transocean Winner.