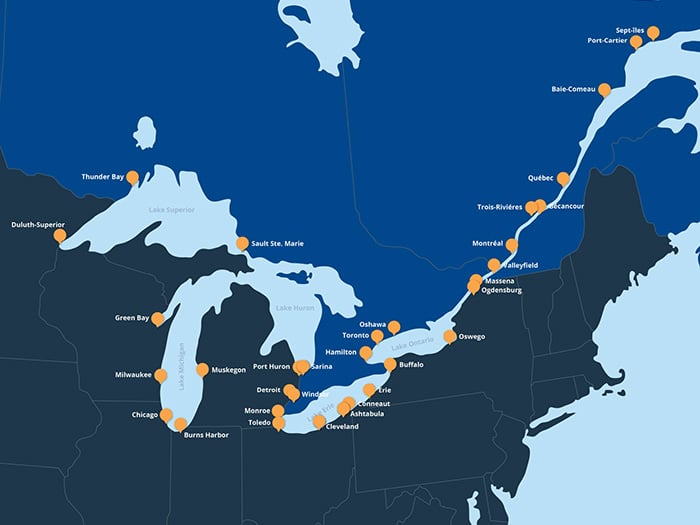 Green shipping corridor announcements have been coming out of COP27, thick and fast. The plan to launch a green and digital transpacific corridor between San Pedro Bay ports and Singapore looks set to be the first of many. Among many announced yesterday during the World Leaders Summit at COP27, Canada and the United States launched an initiative to facilitate the establishment of a green shipping corridors network in the Great Lakes – St. Lawrence Seaway System.

Under the initiative, the U.S. Department of Transportation, the U.S. Department of State, and Transport Canada will work with state, provincial, local communities, private-sector, non-governmental leaders and indigenous peoples in both countries to host consultations with ports and other stakeholders, with the goal of facilitating the establishment of a Great Lakes Green Shipping Corridor Network.

The binational Great Lakes – St. Lawrence Seaway System is a unique commercial waterway reaching into the heartland of North America, extending more than 2,000 miles and containing more than 110 ports. More than 200 million tons of cargo travel on the waterway each year.

The two governments view the Great Lakes – Saint Lawrence Seaway System Green Shipping Corridor Network Initiative as an important element in catalyzing development of the fuels and infrastructure needed to make the transition to low- and zero-emitting shipping, and, on both sides of the border, creating the jobs to make that fuel available and infrastructure development a reality.

In the future the initiative may expand to support green shipping corridors on U.S. and Canadian routes along both countries’ coasts, leverage experience from similar initiatives in other regions, and supplement regional and global efforts already underway.

MORE IN THE WORKS

According to the U.S. Department of State, at the World Leaders’ Summit, countries, ports, and companies made more than 40 major announcements on issues such as innovations for ships, expansion in low- or zero-emission fuels, and policies to help promote the uptake of next-generation vessels.Those related to green corridors included: 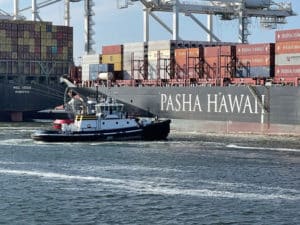