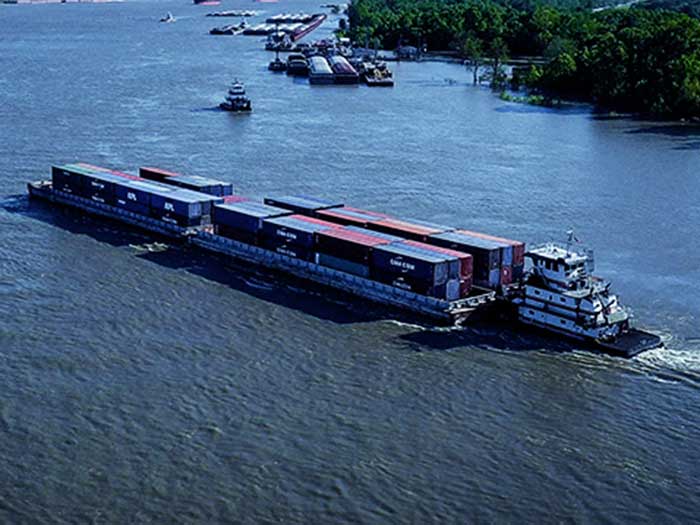 SCF has seven terminals in the greater St. Louis, Mo., area between Miles 177 and 186. SCF’s Fulton, Miss., terminal is situated along the Tennessee–Tombigbee Waterway, while the remaining terminals are located along the Mississippi River.

AMH barges have a capacity of 72 loaded, or 96 empty, twenty-foot equivalent units. Last year, AMH moved a total of approximately 50,000 TEUs, an increase in excess of 40% over the prior year. With rising customer demand and mounting concerns over environmental pollution, AMH anticipates continued growth in the sector.