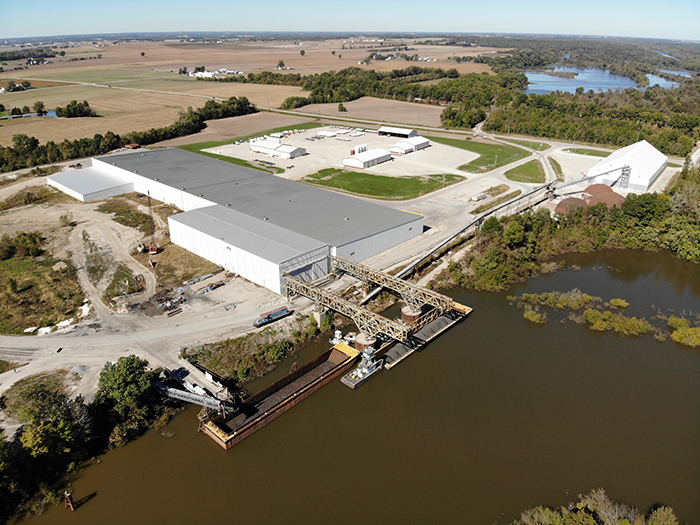 The Kaskaskia Regional Port District in Red Bull, Ill., was recently featured in an episode of the “World’s Greatest” TV show. Now in its fourteenth season and aired on the ION Network. the “World’s Greatest,” features behind-the-scenes footage and interviews to bring interesting people, places and companies into the spotlight. Focusing on companies and organizations of all sizes, the show aims to the positive and make sure that audiences are able to connect with and understand the companies behind products and services people use every single day.

Looking for something that had a mix of different operations that translate into a good story, the show’s producers said they found exactly what they were looking for at the Kaskaskia Regional Port District, which ranks as the tenth largest inland port in the U.S. with annual tonnage exceeding 1.5 million tons.

The port district features five terminals, with each terminal location having unique capabilities such as river, road and rail access, multiple tenants with operations related to agriculture, steel, scrubber stone and more.

Through the use of aerial shots, drone photography inside a warehouse and GoPro camera shots from the bucket of an excavator unloading a barge, viewers got a close-up look at the activity that occurs daily within the port district and on the river.

“Being included in the World’s Greatest TV show was such a wonderful opportunity for Kaskaskia Regional Port District,” said General Manager Ed Weilbacher. “It shows the dynamic nature of the port, the variety of products being handled here and how we serve the community. It is a true asset for the entire region.”

You can watch the episode HERE