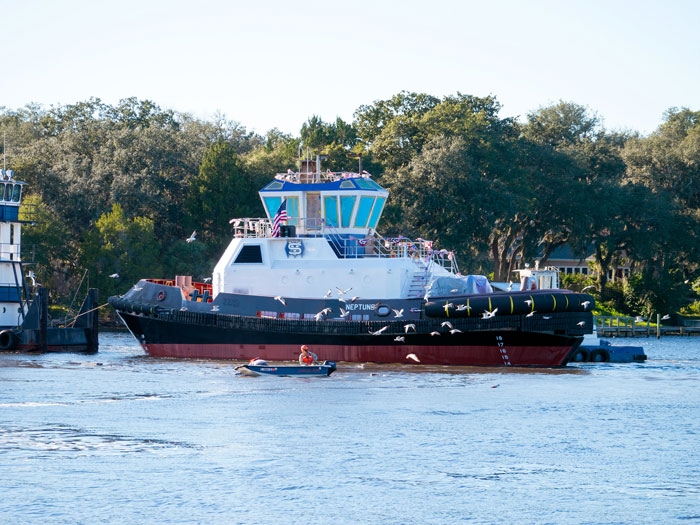 Designed by Robert Allan Ltd., Vancouver, BC, Canada, the Neptune has an overall length of 80 feet, beam of 38 feet 3 in., depth of 15 feet 9 in., and operating draft of 16 feet 10 in. The propulsion power for the tug is supplied by two Caterpillar 3516C Tier 3-compliant diesel engines, each rated at 2,575 hp at 1,600 rev/min. The Triton has two Schottel SRP 1215 fixed pitch Z-drives for propulsion, with an expected bollard pull of 66 tonnes. Other equipment includes a Markey Machinery Fairleader 50-hp electric hawser winch. The tug is classed ABS +A1, Towing Vessel, AMS and Escort Service ABS Loadline (SoC), Statement of Compliance.

The launch ceremony was held at Eastern’s Nelson Street facility and hosted by company President Joey D’Isernia. Mike Nigro, Vice President of G&H Towing, was on hand along with his wife Lisa and daughter Haylee, who christened the vessel.