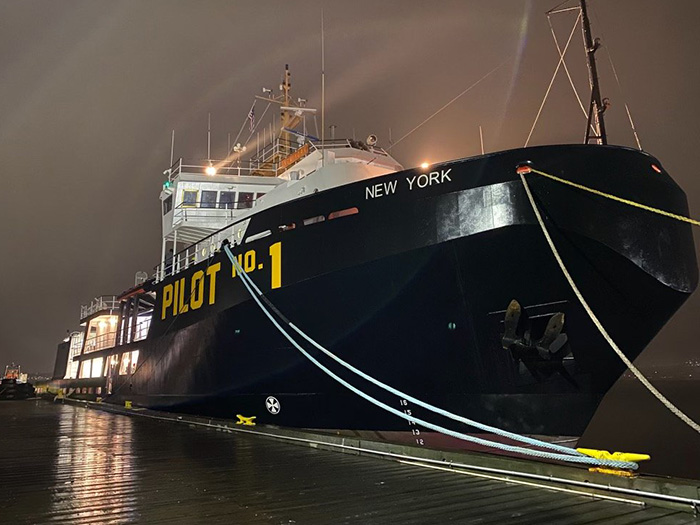 The Sandy Hook pilots operate a 24/7, 365 days a year operation on what is called “Pilot Station at Ambrose” located over 25 nautical miles east of the entrance of New York Harbor.

JMS has a long history of providing engineering support for the Sandy Hook Pilots’ vessels and when the 208-foot OSRV Maine Responder became available, the pilots’ association turned to the firm to provide marine surveying and naval architecture services to:

JMS’ work began by surveying the OSRV Maine Responder ahead of the vessel purchase to assess its general condition and suitability for being converted to a pilot station boat. A comparative seakeeping analysis was also performed to determine the OSRV’s motion characteristics while on station.

In general, the conversion design included extensive modifications to remove the oil recovery systems, add a large deck house for the pilot berthing, lounge, and mess, and incorporate operational capabilities specific to the pilots’ mission.

Other modifications included addition of:

The completed vessel retains its helicopter pad, ABS Classification, and U.S. Coast Guard COI as a Subchapter I vessel.