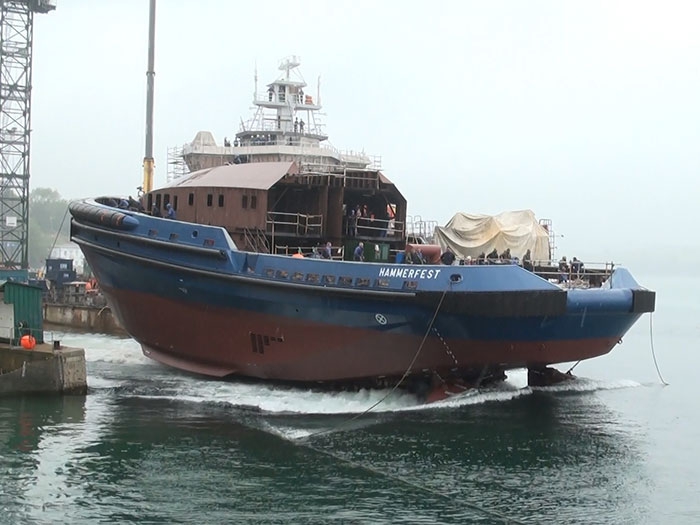 Tug is first in a series of three

According to Gondan, the tug is the first dual fuel tug built in Europe and, according to Robert Allan, the trio will be the most powerful LNG fueled tugs in the world.

With a length of 40.2 m and beam of 16 m, they will have a bollard pull of 100 tons and escort steering force of 155 tons.They will have a Wärtsilä dual-fuel (DF) engines integrated with a customized gas storage and supply system also supplied by Wärtsilä.

Deliveries are scheduled for the first and second quarters of 2017.

The vessels will provide tug services to Norwegian state-owned energy company Statoil, at the far-north terminal located at Melkøya.