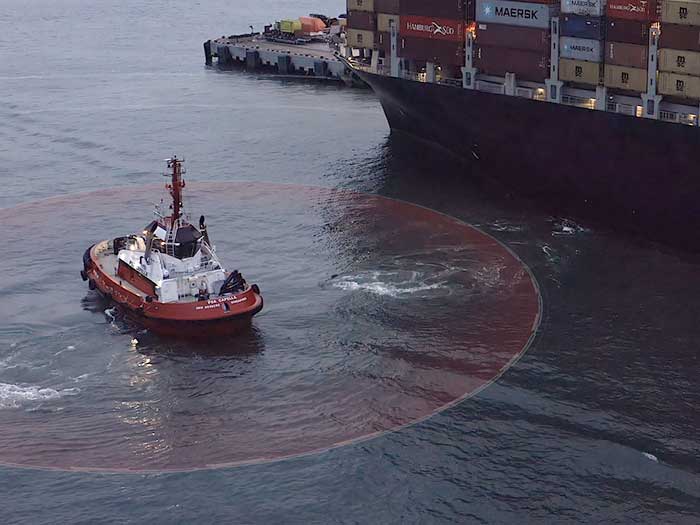 Following successful installation of a first-of-its-kind Dynamic Positioning (DP) system onboard the harbor tug PSA Polaris, trials are now being carried out in the Port of Singapore under real-world conditions

Wärtsilä and Singapore harbor and terminal towage operator PSA Marine (Pte) Ltd. report a breakthrough in the IntelliTug project. The project is the first launched by the Wärtsilä Acceleration Center in Singapore and is combining some of the most advanced Smart Marine technologies and putting them in the service of PSA Marine’s tug masters.

Following the installation of a first-of-its-kind dynamic positioning (DP) system onboard the harbor tug PSA Polaris, trials are now being carried out in the Port of Singapore under real-world conditions.

This phase of the project implementation, which has been approved by Lloyd’s Register, moves the bar higher on safety standards for vessel automation and autonomy. The IntelliTug project is also supported by the Maritime and Port Authority of Singapore.

The new DP system, also known as the Joystick Maneuvering System (JMS), enables easier and more intuitive control of the tug’s movement. With the push of a button, the tug master can achieve “virtual anchoring” to hold position and/or maintain the tug’s heading.

The DP system also forms the foundational technology layer for the IntelliTug project, enabling digital navigation instructions to be passed to the vessel’s propulsion systems. The system has received a Statement of Compliance from Lloyd’s Register for the DP notation, thereby endorsing its safety, reliability and performance.

Singapore is the world’s busiest transshipment hub. To meet the challenges of the evolving port, which is expected to double its capacity by 2040, Wärtsilä and PSA Marine are developing and field-testing intelligent vessel capabilities and viable pathways to achieve safe and sustainable autonomous operations.

The IntelliTug project is bringing to life a smart tug that can enhance the capabilities of the tug master by autonomously performing a range of routine missions. This will ease the task of addressing the complex demands faced by tug masters on a daily basis.

“The IntelliTug project is about discovering smarter, safer, and more efficient ways of operating a harbor tug. It incorporates human-centric technology, design thinking, and man–machine collaboration” said Bernard Wong, Head of Fleet Management at PSA Marine. “We are on a journey of turning today’s ideas into tomorrow’s reality.”

“Safety and productivity are key areas being improved with our autonomous vessel technology,” said Bernard Wong, Head of Fleet Management at PSA Marine. “As we develop and learn from these technologies, the values we are able to provide to our customers will grow exponentially, providing a very clear path for businesses needing to compete in the new intelligent maritime industry.”

“With the growing interest in repurposing existing vessel systems for autonomous navigation, Lloyd’s Register is taking the lead in making sure that control systems are safe and compliant as both a human-machine interface for vessel control, as well as the foundational layer for digital navigation instructions” said Andrew Watt Lloyd’s Register’s Center of Excellence Manager for South Asia, the Middle East & Africa. “We are delighted to advise that Wärtsilä’s DP system has met the requirements of our DP notation.”