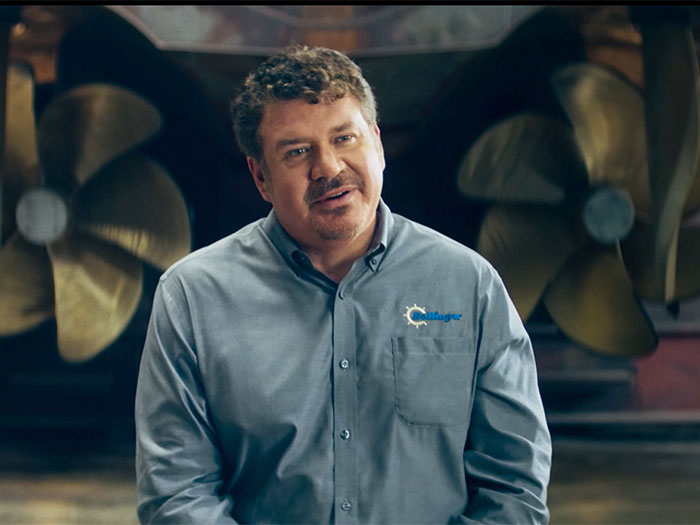 Bollinger president and CEO Ben Bordelon: “I often tell people, ‘you’re not just a welder, you’re a shipbuilder.’ When a ship delivers every person that works here should be proud.”

“I often tell people, ‘you’re not just a welder, you’re a shipbuilder.’ When a ship delivers every person that works here should be proud. Machinists, front office, engineers—we all make it happen,” says Bollinger president and CEO Ben Bordelon in the video. “Donald Bollinger started our business in 1946. He worked his way up and here we are today building off of his foundation. He was a believer that people that worked hard ended up having more success in life. My grandfather would be very proud of who we are and who we’ve become. We have a lot of great opportunities in front of us that we’re working on.”

“We have a long heritage of shipbuilders in this community that goes back many many years. We have four generations of families that have worked here at the shipyard. That’s a big statement about Bollinger and the culture that we have here. … Through 75 years and all the ups and downs of the challenges we’ve had, and to look at where we are today and where we’re heading in the future is very exciting. It’s a huge deal and it’s a huge compliment for the people that work here now—to know that they are at a company that has been around for 75 years that is doing the right thing for their employees, for their customers, their vendors from 1946 to 2021, that’s a great testament for this company.”

The video begins and concludes with Bollinger Lockport’s Craft Leader, Rodney Loupe, on what it means to work at Bollinger.

“Knowing how to do your job. Being really good at your job. Taking pride in your job. To me, that’s what all that’s about,” says Loupe. “This is Cajun work at its best. I love what I do for a living. It makes me feel good when I go home at night. You dream what you want to be and you become that.”

Founded as a small machine shop by Donald G. Bollinger in 1946 to service the local agriculture and oil industries, today Bollinger Shipyards is under its third generation of family ownership and is the largest privately owned and operated shipbuilder in the United States with 11 shipyards. The most recent shipyard, Bollinger Houma, was added just last month with the acquisition of Gulf Island Fabrication Inc.’s Terrebonne Parish shipyard facilities. This expanded Bollinger’s new construction and repair capacity and capabilities to better serve its key defense and commercial customers. 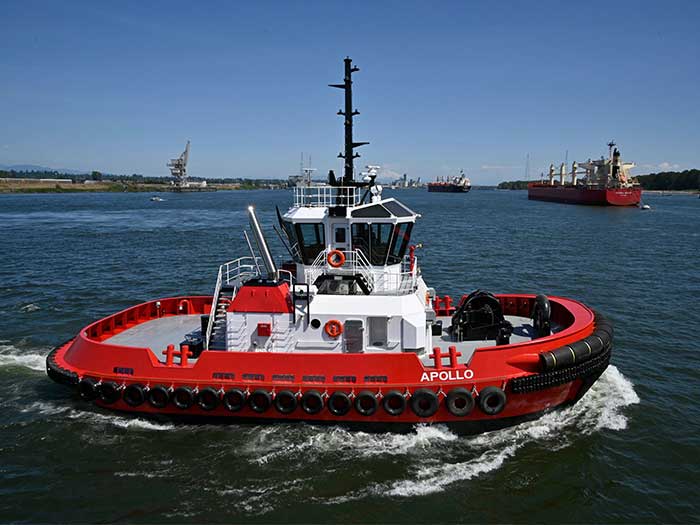