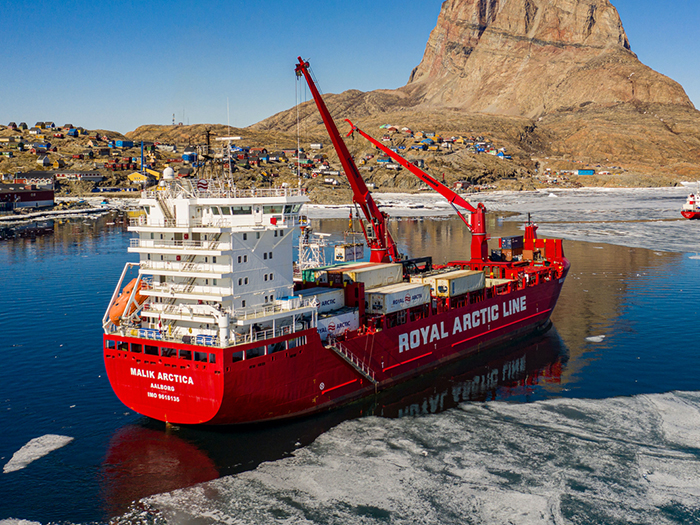 Frugal Propulsion is an intelligent learning-control system that integrates with the ship’s existing propulsion control system (PCS). Using sensors, Big Data and advanced algorithms, the system ensures that the machine is constantly optimized for the draft, load, waves and wind.

Frugal Technologies says the system can achieve achieve a guaranteed 10% reduction in the ship’s fuel consumption with a payback period of less than 18 months.

Frugal Propulsion, has so far been installed and tested on four cargo ships at different shipping companies, delivering average savings in fuel consumption after a run-in period is 10-15%, which for many feeder ships, RO/RO vessels, chemical tankers and ferries will correspond to 2-4 tonnes of fuel per day.

At the end of 2019, Royal Arctic Line installed Frugal Propulsion onboard the three-year-old ice class container vessel Malik Arctica, and has since seen a significant improvement in the ship’s performance on its long voyages between Denmark and Greenland.

“We have a payback period of 10-12 months, which makes Malik Arctica an attractive business case,” says Larsen. At the same time, we are reducing the ship’s CO2 footprint and supporting our ambition to protect the fragile climate in the Arctic. Therefore, we have indicated that we are ready to enter into a dialogue about a Frugal solution for another of our cargo ships.”.

Frugal Propulsion was installed within a few days while Malik Arctica was in port. Variable frequency drives were subsequently installed during docking, allowing the ship to sail with variable revolutions on the main engine, thereby achieving a further reduction in fuel consumption.

FROM STATIC OPTIMIZATION TO ARTIFICIAL INTELLIGENCE AND BIG DATA

According to Peter Hauschildt, Naval Architect and CEO at Frugal Technologies, interest in Frugal Propulsion is growing because fuel is by far the largest ongoing expense on cargo ships.

To ensure that a vessel is operated efficiently across a range of speeds and conditions an up to date collection of its points of best efficiency is required. Propulsion settings should be based accordingly.

“With Frugal Propulsion, we add artificial intelligence and Big Data to the control of the engine and propeller, while ordinary control only involves static factory settings. It offers some unprecedented opportunities to optimize fuel consumption,” says Hauschildt.