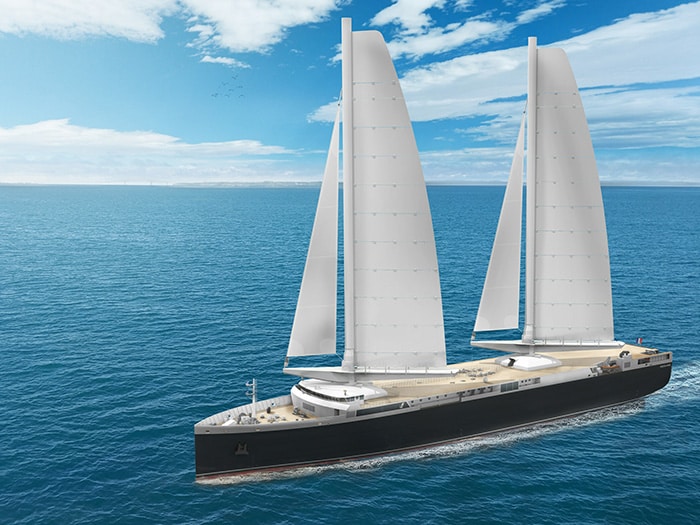 Nantes, France, based Neoline is a significant step closer to realizing its ambition of becoming the first modern day shipowner to fully embrace energy efficiency by relying on wind power as its primary energy source. It has raised the funding needed to build the first of two planned pilot ships and has placed a contract for the vessel with Turkish shipbuilder RMK Marine.

It will use the same Chantiers de l’Atlantique SolidSail wind propulsion technology as the just announced Orient Express cruise yachts. In the case of the Neoliner, the SolidSails will be mounted on two 76-meter-high folding carbon masts and will have a sail area of 3,000 square meters.

For port maneuvers, and when needed to maintain on-time service, the vessel will also be equipped with an auxiliary engine. MGO-fueled gensets and three transverse thrusters…

Delivery of the vessel is planned for 2025.

Neoline plans to operate the two pilot project ships on a new transatlantic route focusing on a niche market by offering new capacities in terms of type of freight (rolling and out of gauge freight) and destination ports.

The first shipping route plans to connect St-Nazaire to the East Coast of North America (Halifax/Baltimore) as from 2025, calling at St-Pierre and Miquelon.

The operational conditions on this route were simulated over 5 years of meteorological history, using a routing study conducted with D-Ice Engineering. The results validated the prospects for bunker savings while confirming that voyage schedules could be met at a commercial speed of 11 knots.