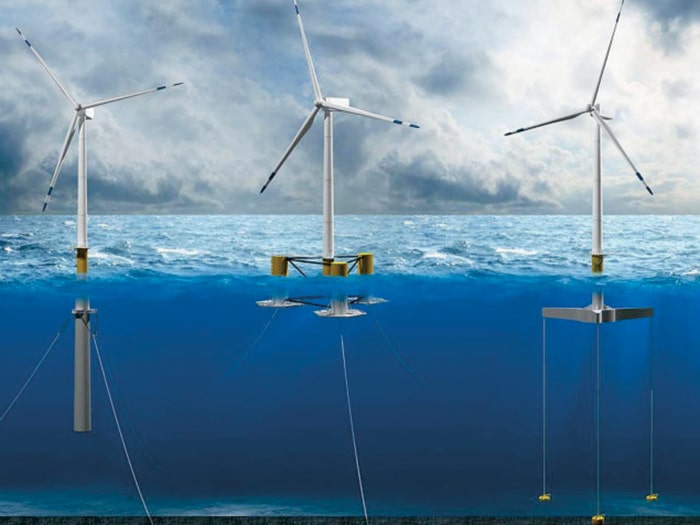 The fact sheet notes that conventional offshore wind turbines can be secured directly to the sea floor in shallow waters near the East Coast and the Gulf of Mexico. However, deep-water areas that require floating platforms are home to two-thirds of America’s offshore wind energy potential, including along the West Coast and in the Gulf of Maine.

The administration aims to capture this potential and says its actions will “position the U.S. to lead the world on floating offshore wind technology.”

To support the new goals, the Department of Energy (DOE) has announced the availability of nearly $50 million—including support from the Bipartisan Infrastructure Law—for research, development, and demonstration funding:

Floating Offshore Wind Readiness Prize: This week, DOE announced a $6.85 million prize competition that challenges competitors to optimize floating platform technologies and work to get them ready for wide-scale domestic manufacturing and commercialization.

Environmental Research Award: DOE and BOEM announced a $1.6 million project to support coexistence of floating offshore wind with bats on the West Coast of the United States.