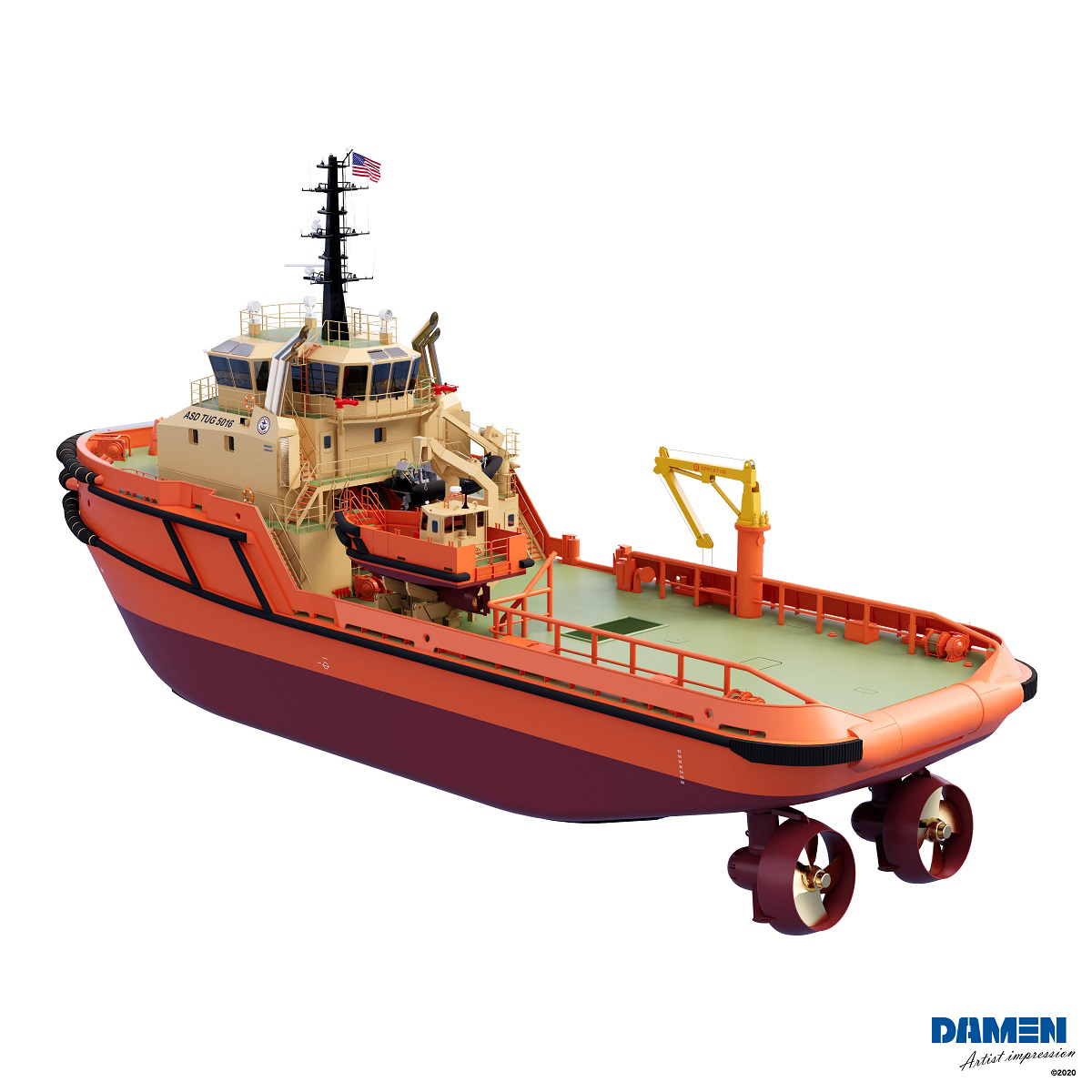 Damen Shipyards Group reports that it has been has been awarded a contract to design a new offshore terminal tug for Edison Chouest Offshore.

Damen says that Chouest will initially build two of the ASD Tugs 5016 at its Louisiana shipyard. Last month the Mississippi Development Authority said that Chouest is to expand its Gulf Ship shipyard in Gulfport, Miss., “to fulfill a new contract for world-class tugboats.” This could be an indication that Chouest may have more orders for the Damen tugs in the pipeline,

Damen has designed the 50-meter ASD Tug 5016 to provide escort, hold-back, hose-handling and maintenance duties offshore Guyana. The tug will deliver 120 tons of static bollard pull delivered by twin Caterpillar C-280 engines. It will also have a hybrid system that will be engaged when loitering. Extensive operational experience from Chouest supplied all the necessary ingredients for the design to perform optimally once in operation in Guyana.

To facilitate the hose maintenance, the vessel features a 27-meter aft deck with hose-flushing equipment and a full width sump.

The tugs will also carry a workboat to assist in hose-handling operations. The ASD Tugs 5016 built by Chouest will be installed with FiFi 1 and Oil Spill response equipment.

Damen has developed the ASD Tug 5016 design in close collaboration with Chouest, drawing on their extensive operational experience offshore in Guyana and input from their client.

Damen sales manager Americas Daan Dijxhoorn says, “The ASD Tug 5016 is a testimony to the successful relationship that Damen has enjoyed with Edison Chouest over the years. Characteristic of this relationship, the ASD Tug 5016 draws on proven Damen technology and applies it in a new way in order to meet the requirements of Chouest and its clients.” 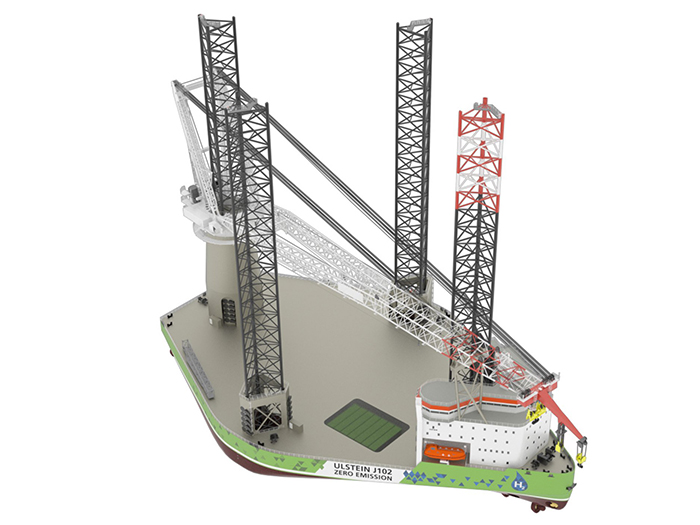 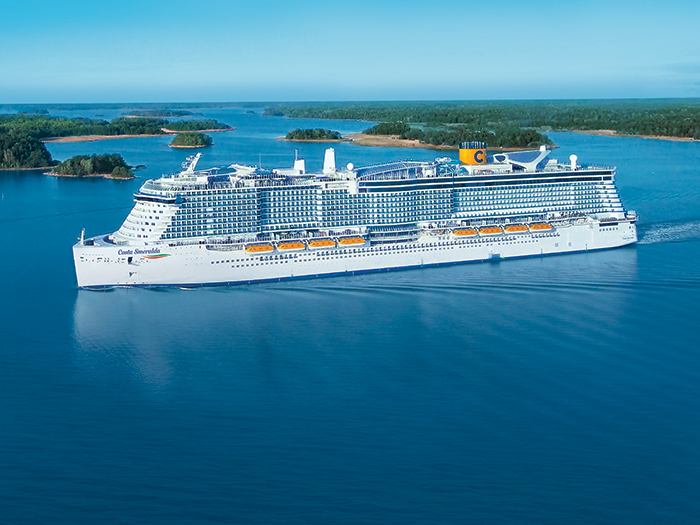 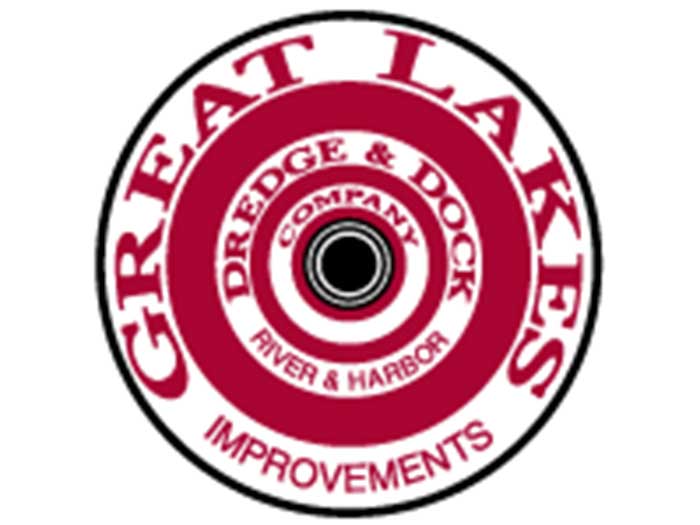 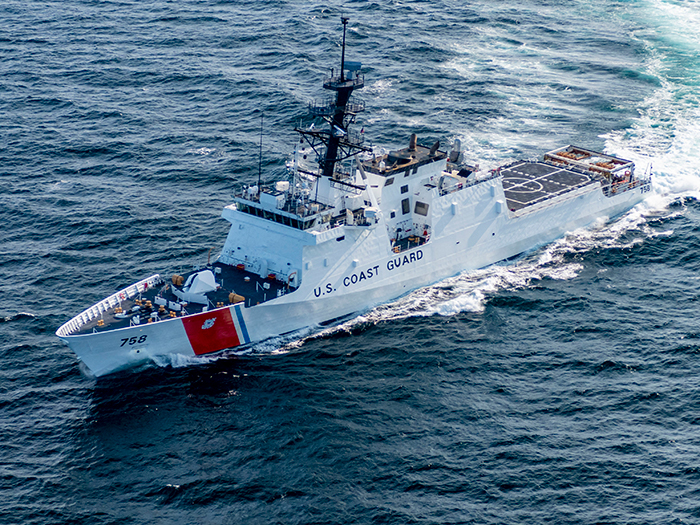 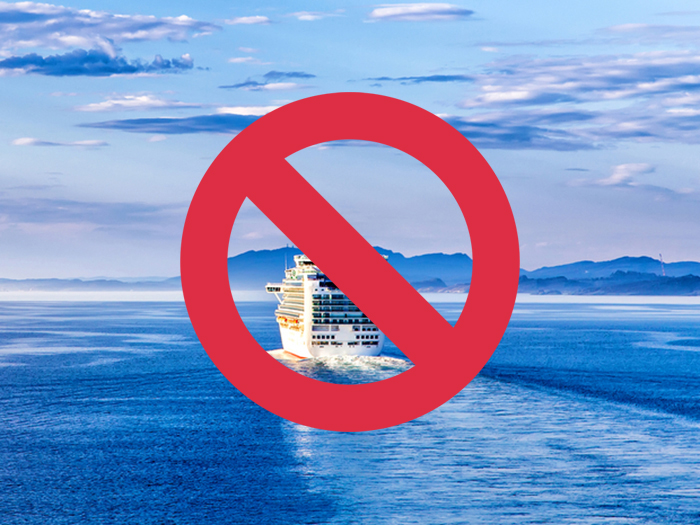