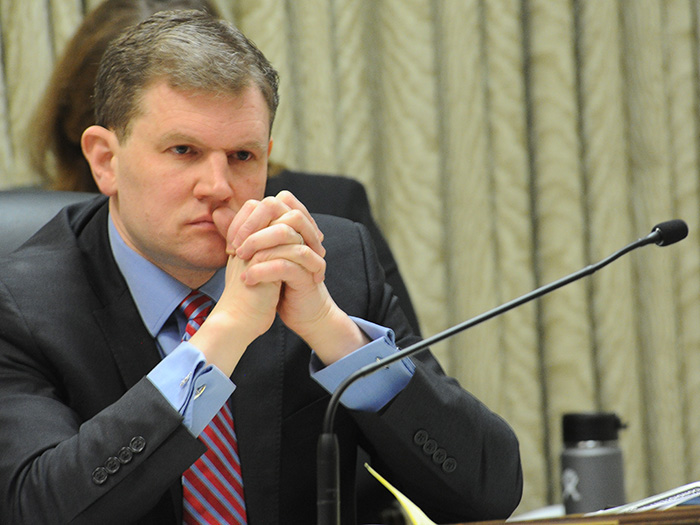 On October 14, 2022, the Federal Maritime Commission (FMC) issued a notice of proposed rulemaking (NPR) on detention and demurrage billing requirements. Industry interests didn’t like it, saying that it had aspects that could worsen port congestionand the associated. Two industry bodies, the World Shipping Council and the Pacific Maritime Association, filed a petition for review objecting to the Environmental Assessment and Finding of No Significant Impact in the NPR.

On January 6, the Federal Maritime Commission issued an order – approved unanimously by the five Commissioners – rejecting the petition.

In a statement, FMC Chairman Daniel B. Maffei noted that the groups submitting this petition had also separately submitted substantive comments to the proposed rule itself.

“The rejection of this petition in no way means that those views will be ignored as we proceed through the rulemaking process,” said Maffei. “Our goal is to craft a final rule that avoids unintended negative consequences, and sincerely-offered comments from stakeholders are extremely valuable to that end.”

“However, I feel I must call it out when I see an attempt to subvert the regulatory process by filing a petition,” Maffei continued. “The PMSA/WSC petition claims to be promoting the public good, but actually seeks to misapply the National Environmental Policy Act (NEPA) to thwart the FMC’s efforts to implement the will of the Congress and the President of the United States. It opens a path to derail an FMC rulemaking that meets a requirement established in the Ocean Shipping Reform Act of 2022 (OSRA), which passed with overwhelming bipartisan support. The law specifically emphasized the importance of billing the appropriate parties to transactions, and the FMC is currently considering a proposed rule concerned with improving the fairness of detention and demurrage billing.

“The filing of this petition (even after its rejection today) could lay the groundwork for the carriers to obstruct the proposed rule in Federal court by arguing for a full NEPA Environmental Impact Assessment – a process that often takes multiple years – before the rule can go into effect. It would certainly not be the first time that an industry utilized legal proceedings to find administrative avenues to undermine needed regulatory changes. To imply, as the petition does, that challenging the Commission’s Environmental Assessment is ‘the best way to address impacts on the quality of the human environment in lower income and minority communities surrounding seaport areas’ fails the eye-roll test.

“I see such dilatory tactics as wholly inconsistent with the individual statements of cooperation with the FMC’s broad efforts to implement OSRA that I have received from many members of the WSC board.”

In response, the WSC and PMA said: “We respectfully but categorically reject the Chairman’s characterization. Our Petition for Review was submitted in the manner provided for in the rulemaking process, and as required by federal law and regulation.

“As we stated in our comments on the detention and demurrage rule, we are concerned that aspects of the proposed regulations will make port congestion worse. Many other commenters agree. Port congestion needs to be avoided both because it is bad for American shippers and U.S. ports and also because congestion causes unnecessary air pollution. That was the simple point that we raised.

“We will continue to work with the Commission to support a regulation that keeps cargo moving through our ports for the benefit of American importers and exporters, in an environmentally sustainable manner.”