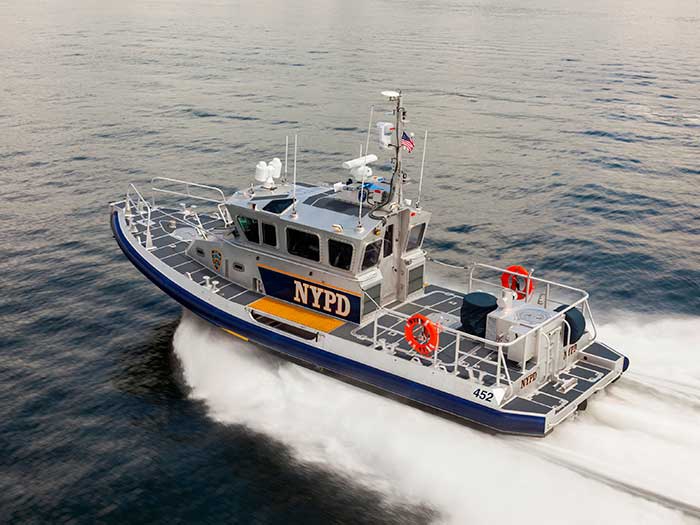 JULY 6, 2017 — Vigor has begun construction of a fifth 45′ Response Boat – Medium C (RB-M C) for its long-time customer, the New York Police Department Harbor Unit. The vessel will be fabricated at the Vigor Ballard (formerly Kvichak Marine) shipyard in the Seattle metro area with delivery expected in November.

The RB-M C is the commercial variant of the Response Boat – Medium (RB-M) designed by Vigor in partnership with Camarc Design for high speed and high performance, including tactical handling and specialized mission capabilities for the U.S. Coast Guard.

To date, 174 RB-Ms have been delivered to the Coast Guard. The commercial variant offers more crew comfort and amenities than the RB-M while maintaining the capabilities needed for maritime security.

Vigor has been steadily expanding its production capabilities and its international footprint in high performance vessels following its acquisitions of Kvichak and Oregon Iron Works, both now operating under the Vigor name. It is currently building two RB-M’s for Jordan and is in active negotiations with other nations. Its Combatant Craft Medium (CCM) and Sealion I, II and III for the U.S. Navy have earned respect around the world.