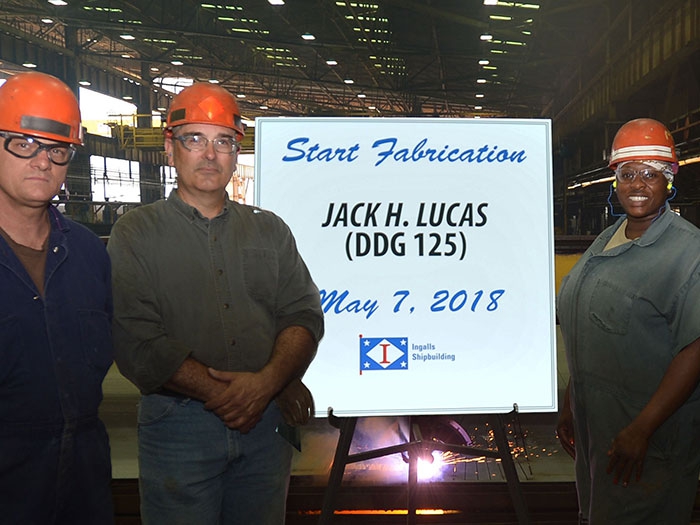 “The start of fabrication on a new destroyer is always exciting,” Ingalls’ DDG 51 program manager George Nungesser said. “DDG 125 is no exception. Our shipbuilders have delivered 30 of these ships to the U.S. Navy and back-to-back building has allowed them to gain experience and talent that is unmatched in our industry. They are eager to use their skillset to incorporate the Navy’s Flight III modifications into DDG 125 and provide the Navy with yet another state-of-the-art ship.”

Jack H. Lucas is the fifth of five Arleigh Burke-class destroyers HII was awarded in June 2013. The five-ship contract, part of a multi-year procurement in the DDG 51 program, allows Ingalls to build ships more efficiently.

DDG 125 is named to honor Capt. Jack H. Lucas, who, at the age of 14, forged his mother’s signature to join the U.S. Marine Corps Reserves during World War II. Lucas, then a private first class in the Marine Corps, turned 17 just five days before the U.S. invasion of Iwo Jima and stowed away on USS Deuel (APA 160) to fight in the campaign. During a close firefight with Japanese forces, Lucas saved the lives of three fellow Marines when, after two enemy hand-grenades were thrown into a U.S. trench, he placed himself on one grenade while simultaneously pulling the other under his body. One of the grenades did not explode; the other exploded but only injured Lucas. 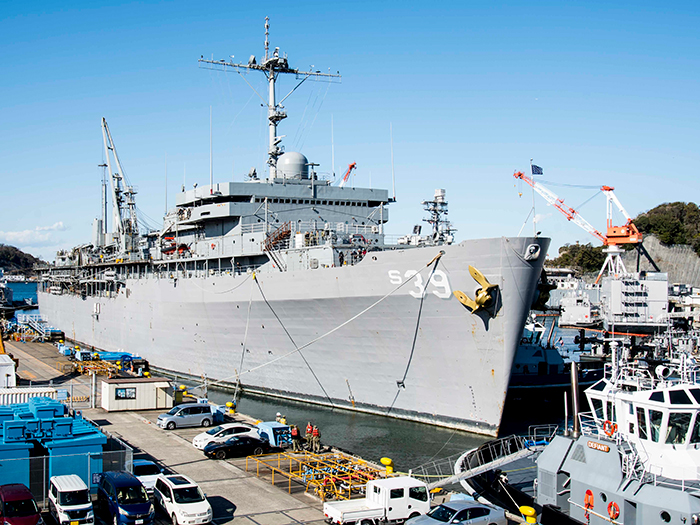