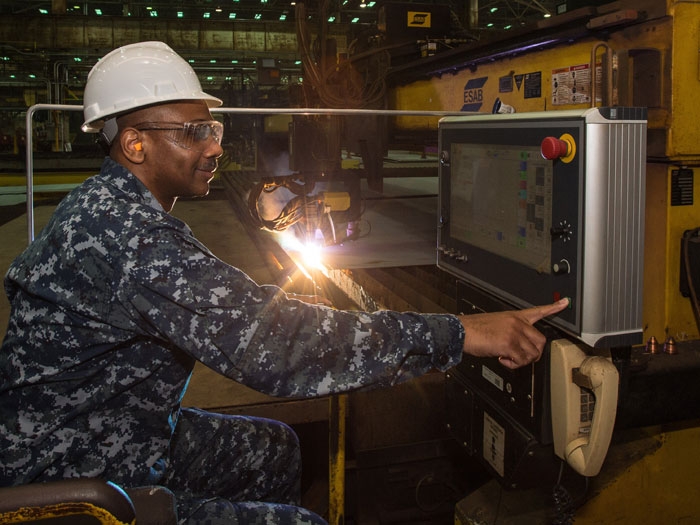 The start of fabrication signifies that 100 tons of steel have been cut.

“This is a significant day for our shipbuilders and for the U.S. Navy as Ingalls once again begins fabrication of another destroyer,” said George Nungesser, Ingalls’ DDG 51 program manager. “We have delivered 28 of these ships to the U.S. Navy, and our experienced and talented shipbuilders are more than ready to produce another high-quality destroyer. This is our fourth destroyer started in three years, and we are seeing the efficiencies that come from building these ships back-to-back.”

DDG 121 is the third of five DDG 51 destroyers the company was awarded in June 2013. The five-ship contract, part of a multi-year procurement in the DDG 51 program, allows Ingalls to build ships more efficiently by buying bulk material and moving the skilled workforce from ship to ship.

The guided missile destroyer honors Frank Emmanuel Petersen Jr., who was the first African-American aviator and general officer in the United States Marine Corps. After entering the Naval Aviation Cadet Program in 1950, Petersen would go on to fly more than 350 combat missions throughout the Korean and Vietnam wars