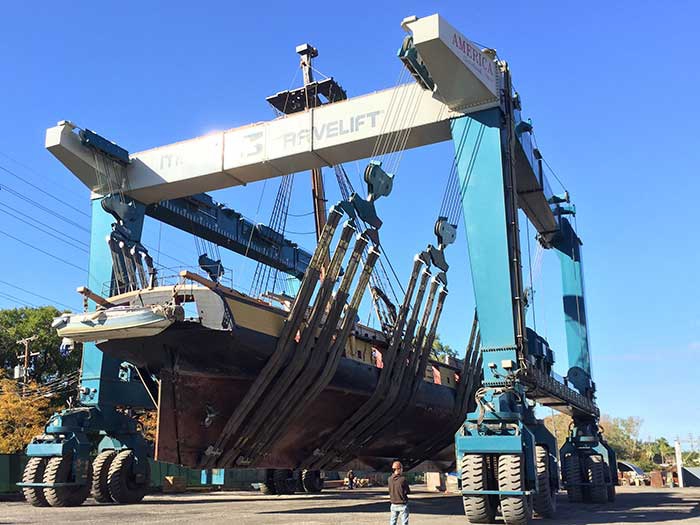 OCTOBER 19, 2016 — For the second time, the Great Lakes Shipyard, Cleveland, OH, has hauled out the U.S. Brig Niagara.

The wooden-hulled two-masted, square-rigged sailing vessel is a reconstruction of Commodore Oliver Hazard Perry’s ship that led the Battle of Lake Erie victory on September 10, 1813. She is the flagship of the Commonwealth of Pennsylvania and serves a Sailing School Vessel under U.S. Coast Guard inspection.

She is required to be inspected out of the water twice in a five-year period, with no inspection interval exceeding three years. The Niagara’s last such inspection was in the fall of 2013 at Great Lakes Shipyard.

The brig arrived at Great Lakes Shipyard for routine drydocking and repairs and was hauled out using the yard’s Marine Travelift on October 10, 2016. Work on the vessel will be completed in approximately three weeks.