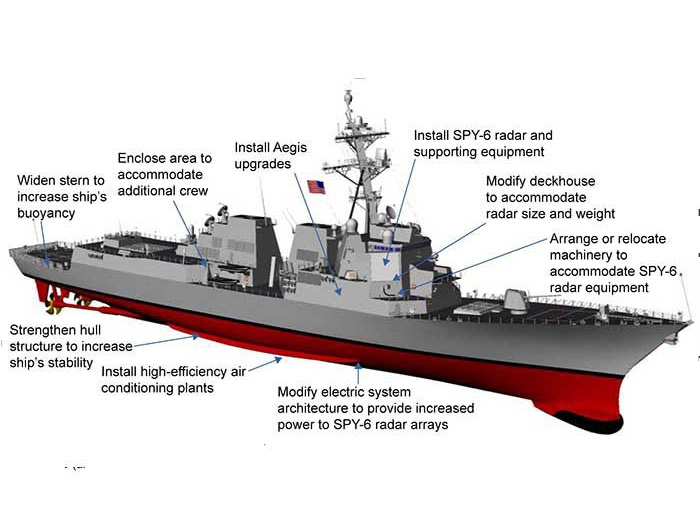 SEPTEMBER 29, 2017 —The U.S. Navy has awarded General Dynamics Bath Iron Works funding for the planning and construction of two Arleigh Burke-class destroyers, DDG 126 and DDG 127. The contract modification fully funds the two ships.Fiscal 2016 shipbuilding and conversion (Navy); and fiscal 2017 shipbuilding and conversion (Navy) funding will be obligated at time of award and will not expire at the end of the current fiscal year.

DDG 126 was awarded under the contract that was part of a multi-year competition for DDG 51-class destroyers in 2013. DDG 127 was approved by Congress under separate legislation.

Dirk Lesko, president of Bath Iron Works, said: “These contracts help to stabilize our business and are welcome news. We are grateful to Maine’s congressional delegation and Navy Secretary Spencer for their efforts and leadership.”

The contract modification includes funding for the Flight III upgrades on DDG 126.

As the Navy expects to release a competitive solicitation for additional DDG 51 class ships in the Flight III configuration in future years, the contract award amount is considered source selection sensitive information and will not be made public at this time.

The Navy has named DDG 126 the Louis H. Wilson, Jr., after the 26th Commandant of the U.S. Marine Corps, who was a World War II recipient of the Medal of Honor for his actions during the Battle of Guam.

The Arleigh Burke-class destroyer is a multi-mission combatant that offers defense against a wide range of threats. It operates in support of carrier battle groups, surface action groups, amphibious groups and replenishment groups, providing a complete array of anti-submarine, anti-air and anti-surface capabilities.