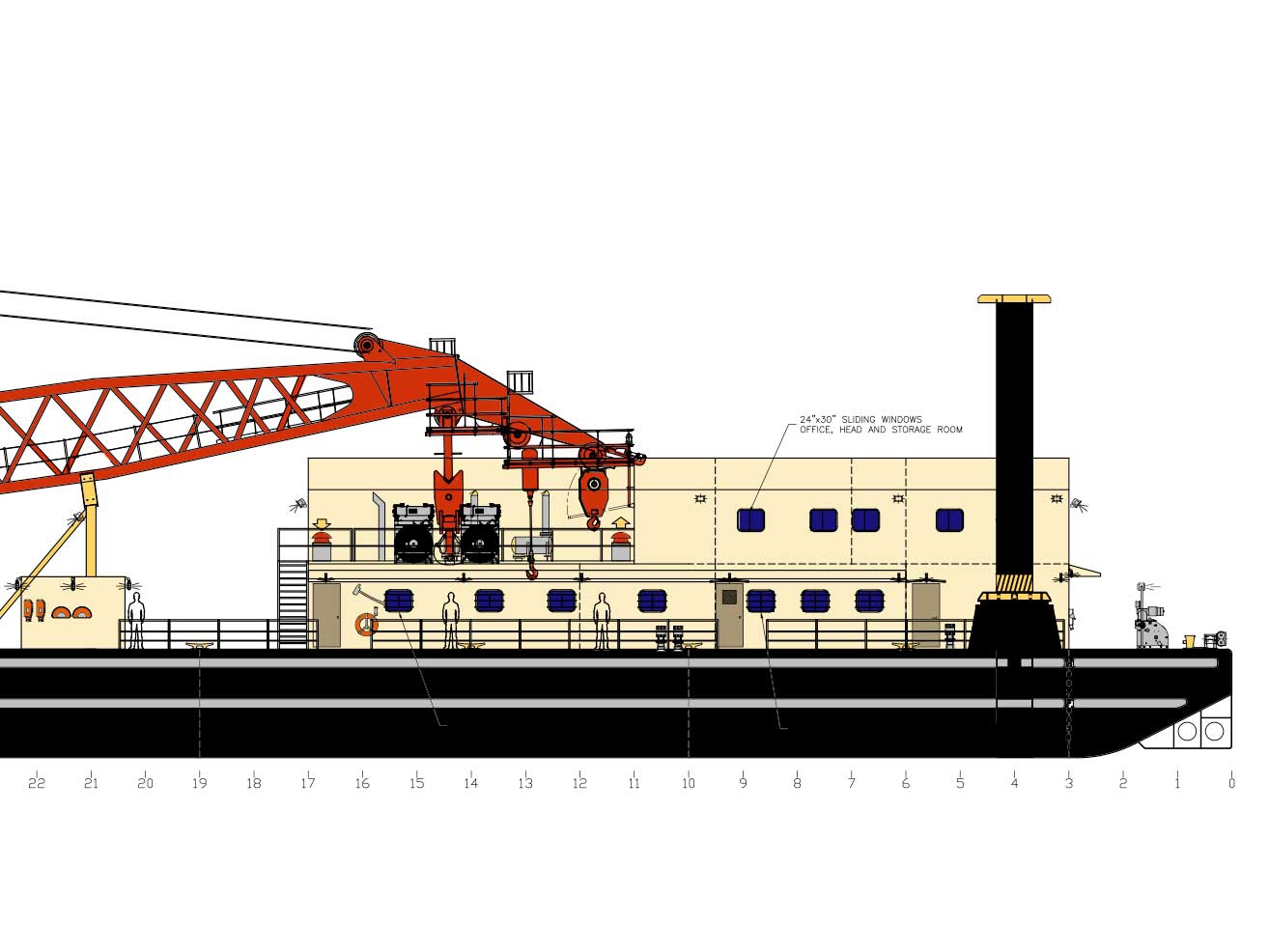 SEPTEMBER 20, 2017 — Morgan City, LA, headquartered Conrad Shipyard has been awarded a contract to build a crane barge for the U.S. Army Corps of Engineers.

The 300-foot by 68-foot welded steel barge is to be used in floating crane service by the Corps’ Rock Island District in support of its maintenance mission on the inland navigation system.

The barge is designed with a deckhouse and crew support area, generator room, shop area, office and heads.

Below deck will enclose machinery spaces, storage areas and tankage.

The vessel will be classified by ABS as Maltese Cross A1, Floating Crane-Intra-Coastal Waterways Service, and Reinforcement B with Crane Register Certificate.

“This project is right in our wheelhouse as we’ve been delivering quality vessels to the Army Corps of Engineers for more than 20-years,” said CEO Johnny Conrad. “We value this long-standing relationship and appreciate the Army Corps’ continued confidence in the quality, craftsmanship, integrity and service that are the foundation of Conrad Shipyard.”

This is the third USACE award for Conrad in the last several weeks. On September 8 the shipyard announced the award for two deck barges for the Corps Mobile District that will be used for lock maintenance and construction.

The deck barges are to be built at Conrad’s 24-acre Orange, TX, shipyard while the Crane Barge will be built at the shipbuilder’s Morgan City shipyard. 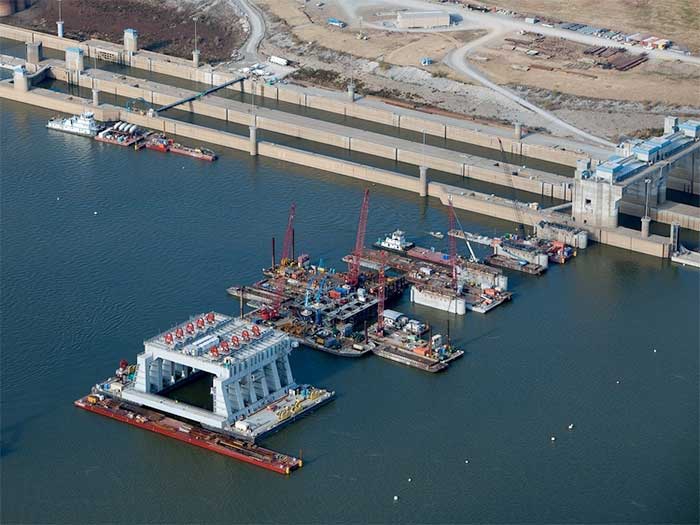 The $2.918 billion Olmsted Lock and Dam Project will significantly reduce tow and barge delays through the busiest stretch of river in America's inland waterways

AUGUST 5, 2016 — Morgan City, LA, headquartered Conrad Shipyard has been awarded a contract by the U.S. Army Corps of Engineers for the construction of a crane barge that will operate on the Olmsted Locks and Dam Project.
“Conrad Shipyard has a long history of building vessels for the Army Corps of Engineers,” said President and CEO Johnny Conrad. “This award is a testament to the extraordinary level of quality and craftsmanship that Conrad consistently delivers.”

The floating crane barge will be used to raise and lower the steel dam wickets and perform maintenance functions at the Olmsted Lock and Dam on the Ohio River.

When raised, wickets block water and feed it to adjacent boat locks that safely harbor barges to a lower elevation when the river is low.

The barge will be ABS classified as a Maltese Cross A-1 Barge, Maltese Cross AMS, CRC, for service on rivers and Intracoastal waterways as a Government Floating Crane.

The Olmsted Locks and Dam Project is the largest and most expensive inland water navigation installation ever built in the United States. More than ninety million tons of material is shipped through the locks annually.