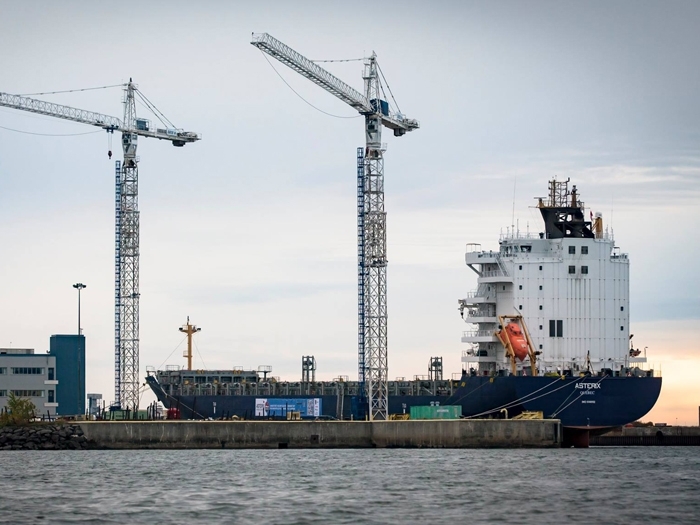 NOVEMBER 24, 2015 — Canadian shipbuilders are embroiled in a spat over the Resolve-Class AOR interim fleet oiler being created by Chantier Davie Canada Inc. by converting a 183 m containership to provide a much needed refueling and resupply capability for the Royal Canadian Navy (see earlier story).

The project is going ahead under a letter of intent issued by the previous administration that will see Davie get $89 million to cover its costs should the deal not get cabinet approval by November 30.

The new Canadian administration has yet to finalize the contract with Davie, and now there is a controversy over whether the delay is the result of letters sent by rival Irving Shipbuilding to members of the new Canadian cabinet.

Things emerged into the daylight last Friday when broadcaster CBC carried a story disclosing that, the previous day, the relevant cabinet committee had decided to delay a decision “for at least two months, provoking anger inside some corners of the shipbuilding industry and fears inside the navy.”

The CBC also cited “allegations from different high-level sources” that Irving Shipbuilding Inc.”meddled in the decision by sending letters to several cabinet ministers about the deal, an event that in the words of one defense source ‘tipped over the apple cart.’ “

CBC was able to obtain a copy of the Irving letter and says it was addressed to new Defense Minister Harjit Sajjan and Minister of Public Services and Procurement Judy Foote and was also sent to President of the Treasury Board Scott Brison and Finance Minister Bill Morneau.

In the letter, dated November 17, says CBC, James D. Irving, the firm’s co-chief executive officer, accused the government of pursuing a sole-source contract with Davie, despite an offer from Irving and Maersk Lines to provide a lower-cost option.

Mr. Irving reportedly wrote, “This was done on a non-competitive basis without transparency and without a full evaluation of cost, delivery schedule, capability and risk associated with the Irving-Maersk proposal.”

According to CBC, the letter requested that its proposal be evaluated once more, before the government signed off on the Davie deal.

The Shipbuilding Association of Canada reacted to the CBC report in a statement saying it was “surprised and disappointed by the reported delays” in the signing of the Davie contract.

The statement said that the previous government’s refusal to adopt the shipbuilding procurement strategy suggested by all Canadian shipbuilders in 2009— to build large ships at large shipyards, small ships at small shipyards and so on — the “Canadian naval and coastguard fleet renewal has failed to achieve any of its objectives in terms of schedule and value-for-money.”

“In 2012,” said the association, “the Canadian shipbuilding industry was reinvigorated by a series of multi-million dollar investments in Davie, Canada’s largest shipyard by a major British-owned marine group, which since then has spearheaded innovation in the domestic shipbuilding industry.

“Davie’s Project Resolve is lean and innovative and leverages the best-practices adopted by our allied navies throughout the globe.

“Following an exhaustive industry solicitation process and then months of deliberations by all the relevant governmental departments,

“Davie’s solution was selected as the only one which met the needs of the Royal Canadian Navy. After further months of negotiations and independent audits, the agreement was concluded and is ready to sign.

“There must be no further delays. The navy needs ships and Canada needs its navy. Now more than ever.”

The following day, November 21, Kevin McCoy, President of Irving Shipbuilding Inc. released a statement from saying that in October 2014 Irving was asked by the Royal Canadian Navy to propose an interim refueling and resupply capability.

“We assembled an international team of naval and commercial shipping experts to tackle the problem,” he wrote. “This included my own experience as a former Vice Admiral in the United States Navy responsible for all ship design, construction, maintenance and conversion in a Navy of almost 300 ships and submarines.

His statement went on to detail the merits of the Irving proposal, which was based on converting a RO/RO ship.

“Our request has and continues to be for an open, merit-based evaluation of all proposals to ensure the best solution for the Navy and best value to Canadians,” he said.

Monday, the Shipbuilding Association of Canada responded with the following:

“In December 2014, Canada sought proposals for the provision of At-Sea Support Services. These were published on the government’s procurement portal, where the entire Canadian and international marine industry were invited to offer solutions to Canada’s urgent operational requirement for an interim Auxiliary Oiler Replenishment ship service.

“Subsequently, the Royal Canadian Navy, the Department of National Defence, and Public Works and Government Services Canada issued a detailed set of requirements from which bidders would present their proposals. Multiple Canadian and international proposals were received. Following an extensive consultation period lasting for six months and subsequent evaluations by those departments, Canada selected the Davie proposal on its merits ahead of other domestic and international bids.

“The Resolve-Class AOR design will provide a full replacement of the legacy Protecteur-class AORs. At a reported build cost of around $400 m, the Resolve-Class AOR represents great value-for-money compared to a new ship at around $1.5 bn. Davie’s pan-Canadian supply chain provides significant economic benefits for the entire shipbuilding industry, including Aecon Pictou, a first tier subcontractor who will build multiple sections of the ship in Nova Scotia.

“This was a fair process open to all industry, which followed common sense and resulted in one of the most successful shipbuilding procurements for decades. It demonstrated that Canada is indeed able to fast-track programs when vital for national security. The urgency of the situation required the Department of National Defence and Public Works and Government Services Canada to react expeditiously, efficiently and fairly which they did during the six months of deliberations and evaluations prior to contract award.

“The Shipbuilding Association of Canada is surprised and disappointed at claims emanating from certain shipyards – which claim to be at maximum capacity with their federal shipbuilding programs – that they could in some form contribute to the solution in a timely manner and which would not impact further their existing programs.

“With claims of being at maximum capacity, Seaspan Ferries placed an order for two ferries for use in Canadian waters, to be built in Istanbul, Turkey. Similarly, Atlantic Towing – a JD Irving company – has recently resorted to building their own ships, for use in Canada, in Galati, Romania.

“The association strongly recommends that the government do not delay the signing of the contract for this urgent operational requirement. It has been awarded fairly and with due process.

“The association is encouraged by statements from the new government of Canada, late on Friday, that there would be no delay and a positive outcome is expected according to the relevant agreement.”
http://www.cbc.ca/news/politics/davie-supply-ship-liberals-halt-1.3327039 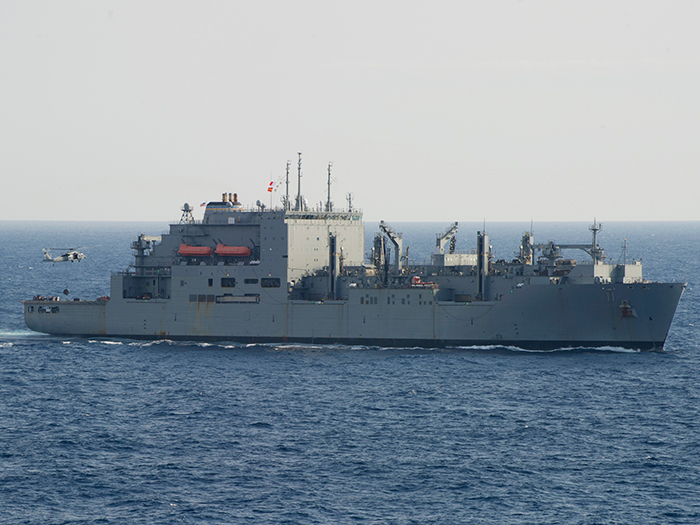 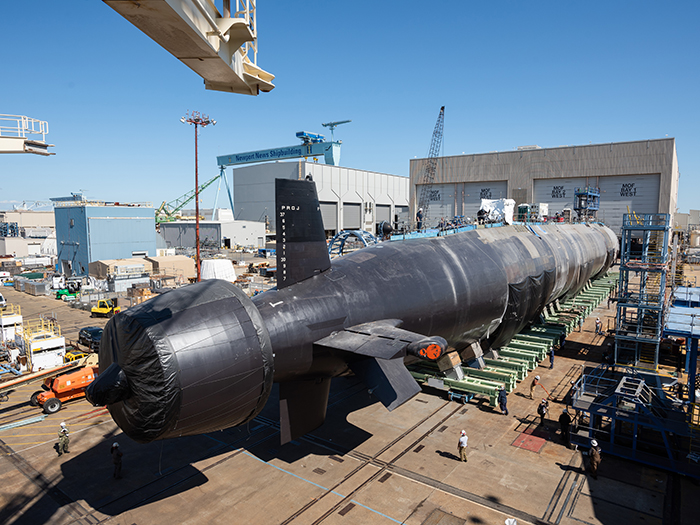