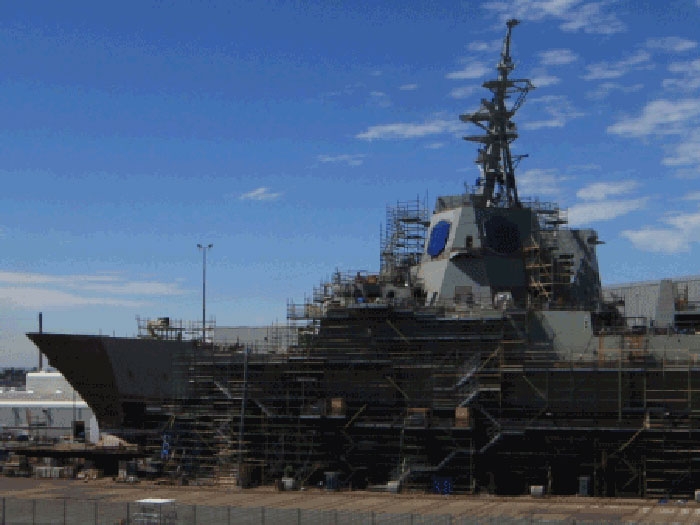 MARCH 6, 2014 — A report from the Australian National Audit Office says that the country’s three ship Air Warfare Destroyer project is Australian $302 million above budget and is likely to go over budget by considerably more, a federal audit report has found. It almost goes without saying that it is also behind schedule.

They are based on a Navantia design, but one that has been modified in so many ways that the design did not exist in an “as built” form when selected.

Each ship is comprised of 31 blocks constructed via a distributed-build process at four shipyards:

Block consolidation is conducted by ASC at Osborne, and the ships’ platform, sensors and weapons systems will also be integrated, set-to-work and harbor-tested at Osborne.

The “S” in ASC stands, by the way, for “submarine” and ASC has never built a surface ship.