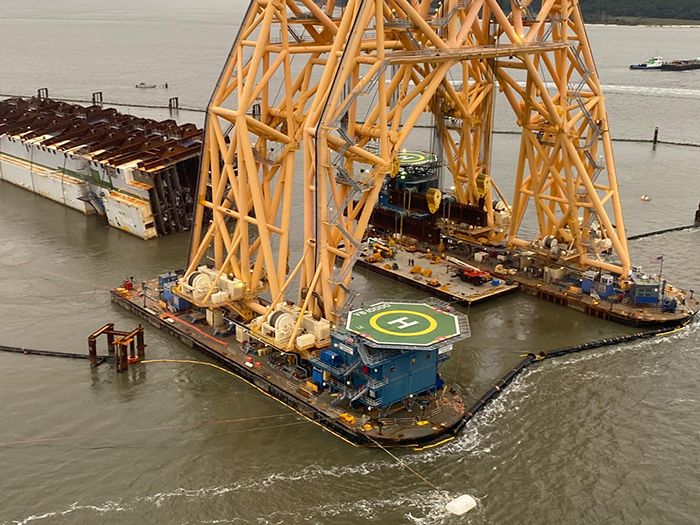 Responders perform maintenance on the cutting apparatus with the heavy lift vessel VB-10000 secured in place with a protective barrier between the vessel’s pontoons. [St. Simons Sound Incident Response photo]

After successfully completing removal of Section Eight, the stern, of the capsized car carrier Golden Ray (see earlier story), the St. Simons Sound Incident Response team is now continue to prepare for cutting operations on the next section, Section Seven.

Preparations include maintenance on critical wreck removal equipment and, as prior to separation of the previous section, perforating the projected cut groove and drilling additional drainage holes along the bottom of the section.

Sea-fastening operations to secure Section Eight on the Barge 455-8, continue in preparation to its transit with Section Eight to a recycling facility in Louisiana.

Responders continue to observe and mitigate light oil sheens and recover debris on the water and at the shoreline.