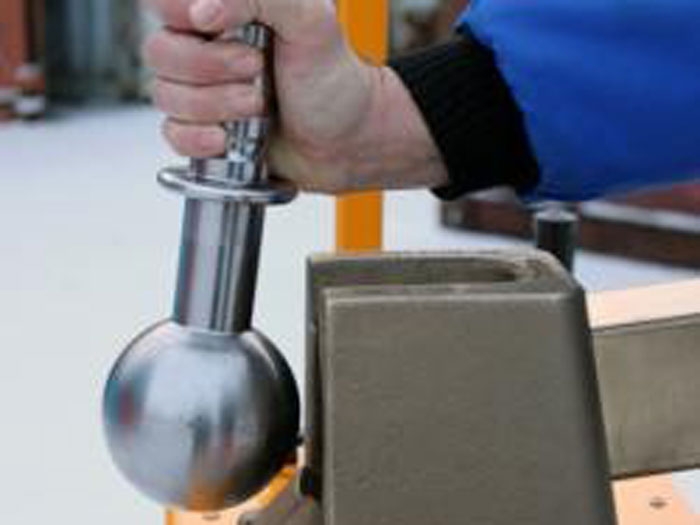 JANUARY 3, 2014 — The National Gas Shipping Company (NGSCO) of Abu Dhabi has retrofitted the lifeboat hooks on four of its vessels well ahead of IMO regulations that would have allowed the company to wait until the ships’ next dry dock period in five years.

According to Viking Life-Saving Equipment, the new regulations call for major and mandatory improvements Lifeboat Release and Retrieval Systems (LRSS) to safeguard lives both during lifeboat drills and during emergencies at sea.

LRRS including on-load release hooks have been the cause of numerous accidents, some involving fatalities.

NGSCO chose to retrofit the lifeboats on the four ships with the Drop-in-Ball system developed by Denmark’s Nadiro A/S. This improves upon conventional hooks, using hydraulics instead of cables, and intuitive controls inside the lifeboats. It was the first to be listed in the IMO GISIS database of compliant LRRS systems. Today, it is also approved by DNV, ABS, LR and USCG.

The retrofits were carried out by Viking, which is the worldwide Nadir preferred installation, distribution and service provider. Its Dubai service station has more than 28 years of experience servicing essential safety equipment on lifeboats.

“Viking and NGSCO are both dedicated to raising safety standards at sea,” said Viking’s Country Director for the Middle East, Anders Noergaard Lauridsen. “The project proceeded smoothly and we are very pleased with the results. We are confident that this is a significant contribution to protecting the lives of personnel at sea.”