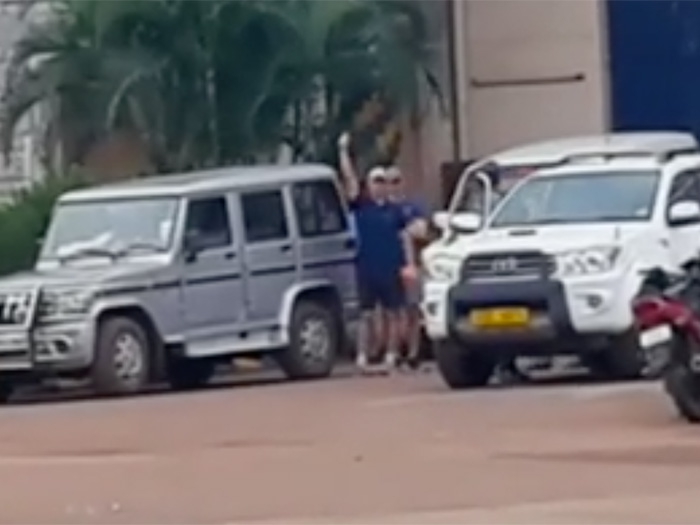 NOVEMBER 28, 2017 — At least some of the crew and armed guards of the antipiracy ship Seaman Guard Ohio, operated by privately-owned, U.S. headquartered AdvanFort, are now being released from Indian prisons after the High Court yesterday threw out their convictionson on all charges under which they had been held since October 2013.

Those released include the six British security guards known as the Chennai Six.

According to a Facebook posting “The men have now been escorted out of Puzhal prison by British Consular Officials and have been taken by car to the Deputy High Commission … They have managed to make quick phonecalls home and are now getting sorted with the logistics of where they will be staying etc. More update to follow when we have them.”

The Baltic Course website reports that the 14 Estonian guards who were aboard the ship have also been released.

“The ship guards were just released and are moving to an accommodation establishment with an Estonian consul,” it quotes a spokesperson for the Estonian Foreign Ministry as saying

The ITF (International Transport Workers’ Federation) has provided support for the crew since their arrest in 2013, and has funded this appeal on their behalf.

ITF seafarers’ section chair, David Heindel, commented: “At last there is some form of justice, even if it cannot restore to the men the time lost since their arrest in 2013.”

“Unfortunately, one glaring injustice remains: the scandal of AdvanFort getting off scot free, having washed its hands of its employees. They took the money, they sauntered off, pockets bulging. It is nothing short of shameful that our justice system allows them to get away with this. But as we have witnessed over and over, this is the flag of convenience system that has been created!”