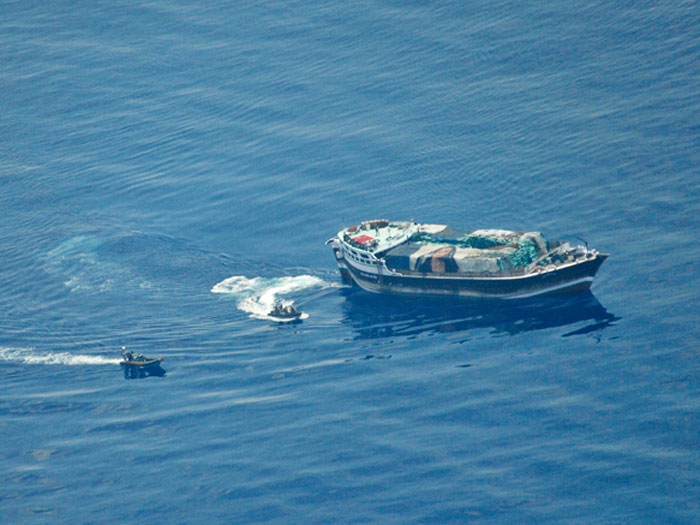 APRIL 29, 2014 — An attempt by Somali pirates to used a captured dhow as a mother ship has been foiled by EU Navfor.

The six armed pirates who had taken the dhow and its crew hostage fled the scene April 26 after sightings of an EU Naval Force Spanish maritime patrol and reconnaissance (MPRA) aircraft.

The dhow’s master confirmed his ordeal to members of the Boarding Team from the EU Naval Force flagship, FGS Brandenburg, after the German warship had closed the sea area to investigate the dhow.

The master stated that the pirates had forced him and his crew to sail to the Gulf of Aden, where they had planned to use the dhow as a mother ship to attack merchant ships at sea.

Before they left the dhow, the master said that the pirates had stolen electronic equipment and other personal items from the crew.

Speaking about the incident, the EU Force Commander, Rear Admiral Jürgen zur Mühlen, stated “This event confirms that the piracy threat is still very real. The deterrence and swift action by EU Naval Force has once again denied freedom of action to pirates.”

Warships and patrol aircraft from EU Naval Force continue their counter-piracy patrols in the Indian Ocean and Gulf of Aden.