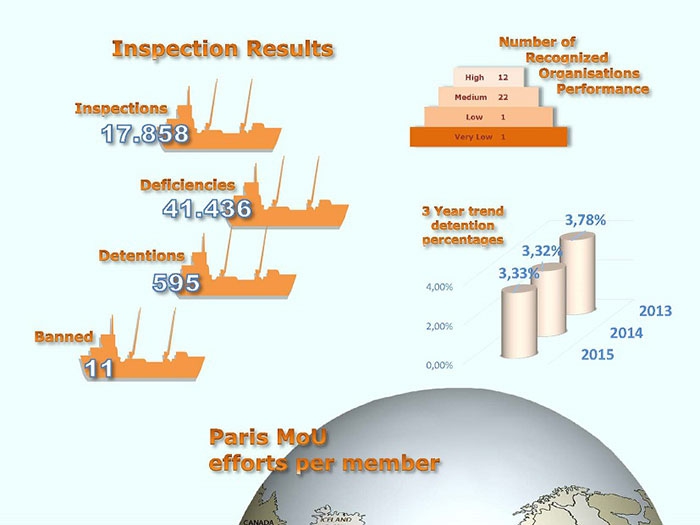 The detention percentage, however, remained stable at 3.33%.

Over a three-year period, most cases of refusal of access involved ships that had been banned for multiple detentions (45). Five ships have been banned a second time. A significant number (12) were banned for failing to call at an indicated repair yard. The remaining three cases involved ships which “jumped detention,”, sailing without authorization.

Over a three year period, the flags of the United Republic of Tanzania, the Republic of Moldova, Saint Vincent and the Grenadines and Togo have recorded the highest number of bannings.

Looking at the Paris MoU “White, Grey and Black Lists,” says the Paris MOU secretariat, the overall situation regarding the quality of shipping seems to be stabilizing (see earlier story).