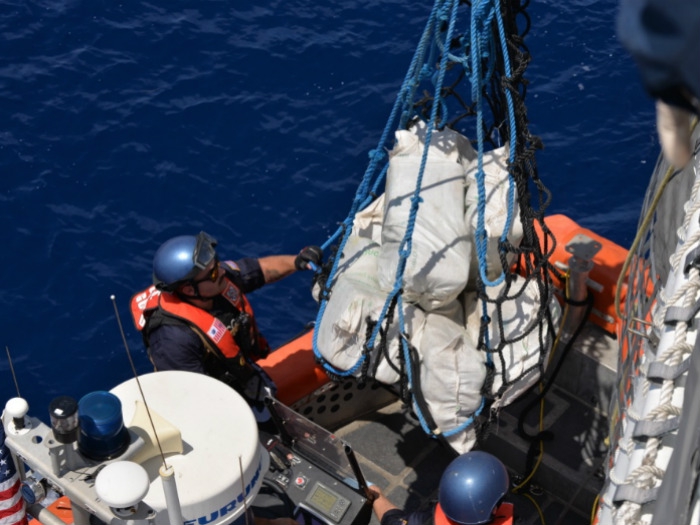 MAY 9, 2018 —Yesterday, the crew of the 210 ft U.S. Coast Guard cutter Resolute offloaded about 1 ton of marijuana in St. Petersburg, FL, worth an estimated $2.2 million street value. The contraband drug shipments were seized during the cutter’s 71-day deployment in international waters in the Caribbean.

Resolute CO CMDR Carmen DeGeorge said the operation was carried out “by working hand-in-hand with DHS partners and the nation of Jamaica.” He said the operation represents “the ongoing commitment of U.S. and international partners to combat transnational criminal networks and promote stability across the Caribbean region.”