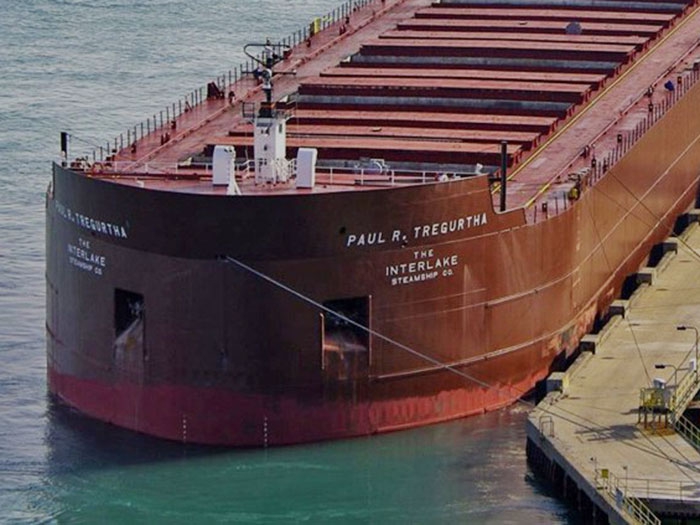 The vessel master reported the fire extinguished at 5:30 a.m. and stated that there were no injuries or pollution, and all 23 crew members were accounted for. The ship is carrying 68,200 tons of coal, 124,000 gallons of fuel, and 88,000 gallons of caustic soda.

At 1,013.5 ft, M/V Paul R. Tregurtha is the longest ship in the Great Lakes bulker fleet and the flagship of the Interlake Steamship Company fleet.

The Coast Guard is dispatching resources to monitor the situation and to conduct a Marine Casualty Investigation into the cause of the incident.