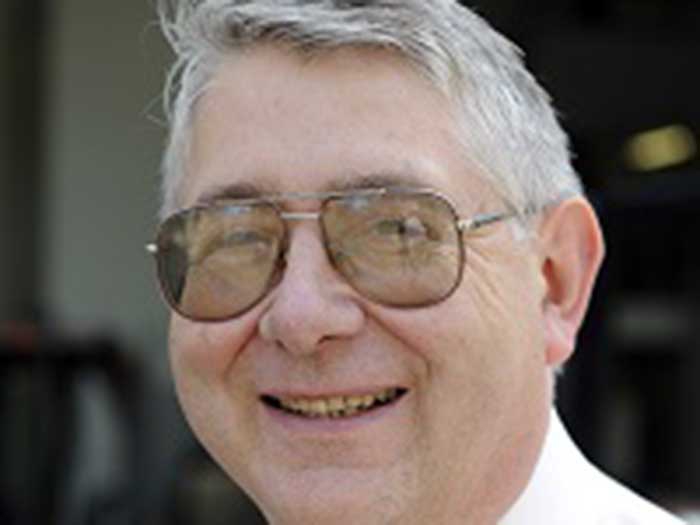 JUNE 23, 2017 — The Association of Bulk Terminal Operators is calling for a complete overhaul of the cargo sampling and liquefaction testing protocols for ships transporting raw ores and less common cargoes, such as nickel ore, fine wet coal and bauxite.

Professor Mike Bradley, a member of the advisory panel to the Association of Bulk Terminal Operators (ABTO) and head of Greenwich University’s Wolfson Center for Bulk Solids Handling Technology, said the current measures in place to test cargoes for potential liquefaction are inadequate, especially for raw ores and variable materials being loaded in ports where conditions are inclement.

Current methods available to a ship’s master for identifying the dangers of cargo liquefaction – the so-called “splash” and “can” tests – are very rudimentary, says Bradley.

“The ‘can test’ consists of nothing more than a ‘baked beans can’ filled with a sample of the cargo, which is then vigorously tapped on the table,” he says. “If a liquid film forms on the sample surface, the cargo is deemed dangerous and must be rejected; if not, it may be either safe or dangerous!”

His research group has investigated cases where masters have used the “can test” to accept and reject portions of cargo, resulting in later liquefaction in heavy weather. The splash test, meanwhile, simply checks to see if the cargo “splashes” when dropped from a grab into the hold – “not easy to see in the dead of night with dark colored cargo in a badly lit hold!”

“Such rudimentary testing is inadequate,” says Bradley. “We have seen that dangerous cargoes can pass these tests, with moisture content exceeding the allowable limits, liquefying at a later stage. The efficacy of existing testing and sampling protocols does need to be addressed, especially when assessing terminal stock piles where obtaining a decent sample is difficult.

“The current IMO protocol for setting Transportable Moisture Limits and certifying actual Cargo Moisture Content is robust for some cargo flows, but sadly falls down too often for others, as evidenced by the number of lives still being lost at sea due to cargo liquefaction.

“Ultimately the master has to take responsibility for whether a cargo is loaded or not, and he is under commercial pressure not to reject it – so in cases where he has suspicions he really needs a better, more reliable shipboard test he can use to protect both his employer’s business and the lives of his crew.”

Although the International Maritime Solid Bulk Cargoes (IMSBC) Code includes provisions for sampling, Bradley says it is “inordinately difficult” to get a representative sample of the cargo from a stockpile, and in many cases severe rain will have occurred since the sample was taken for moisture certification.
What’s more, some master mariners have expressed concern that the current tests do not work with some cargoes. There have also been cases in which moisture content certificates are alleged to have been falsified.

Bradley explained that the Wolfson Center has completed some preliminary research work in the development of a more effective, accurate cargo liquefaction test kit for shipboard use.

“Current tests used in cargo labs require far too much specialist skill and expensive equipment to be used by the crew aboard ship. The proposed test is based on a practical approach that can be done using low-cost equipment that can be replicated easily. It doesn’t replace the current system of TML and MC certification, but provides the ship’s master with an opportunity to make his own check, in any case where there is some doubt over change in the condition of the cargo, the quality of sampling, the veracity of the certification, or the effect of bad weather on moisture during loading.

“We have been talking to a number of parties, including ABTO members, P&I Clubs and classification societies to take the initiative forward. We have proven the basic concept, which seems to work, so we are now looking to the industry to support the development.”

Ian Adams, ABTO Chief Executive, added: “Anything that can be done to improve the safety of vessels carrying dry bulk cargo that may liquefy has got to be thoroughly investigated. We believe that this issue is one of the biggest challenges facing our industry. We therefore welcome anyone who is interested in progressing this research to contact us so that progress can be made on developing this test.”

Further details about the new testing method and the liquefaction challenges masters and terminal operators face will be explored in depth at Bulk Terminals 2017: Achieving Efficiency And Compliance, the inaugural conference of the Association of Bulk Terminals, which will take place in London between October 31 and November 1, 2017.